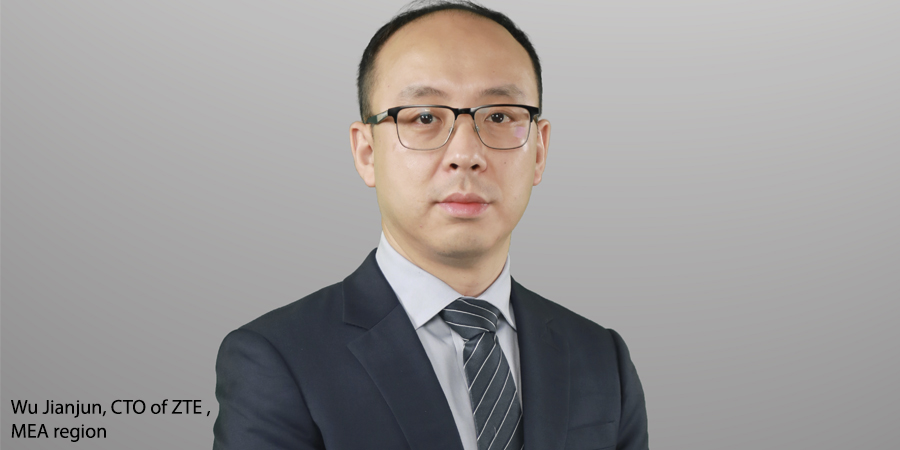 During the MWC Shanghai Exhibition, ZTE and GlobalData officially released the white paper “Precision 5G Transport-The Foundation of Future Mobile Network”. As 5G networks develop, it becomes obvious that the quantum leap in capabilities of radio network also brings significant shift in system-wide architectural requirements. In this context, transport network, connecting 5G radio to the core of the network, needs to evolve in several directions: provide significantly higher capacity and scalability, support varied deployment models, have sophisticated slicing capabilities, in addition to precise, varied, and robust timing and synchronization, and low and controllable latency characteristics, to the point of determinism.

With the theme “ZTE, A Driver of Digital Economy”, ZTE Corporation focused on displaying innovative solutions and industry practices for the 5G era at the MWC Shanghai exhibition. As the CTO of ZTE MEA region, do you think this era reached Africa?

Currently, 5G in Africa is still in its fledgling stage, yet digital and intelligent transformation has already gathered full momentum. The next few years will be the window for 5G network deployment and even 5G industry layout. With the experience of 5G pioneers in other regions, the African telecommunications market can avoid detours, accurately deploy, and benefit from reduced product costs after the large-scale commercialization of 5G.

Thanks to leading end-to-end product series, completed network construction solutions, and rich commercial practical experience, ZTE has won by the end of September 2020 a total of 55 5G commercial contracts and launched 5G cooperation with more than 90 operators worldwide, covering more than 500 industry partners. Hence, in the same year, we achieved 11.73% year-on-year increase with the overall revenue recording 101.37 billion CNY. During the same period, ZTE MEA reached the highest peaks in the past three years in ordering, revenue, profit, operational efficiency, network services and customer satisfaction. This also reflects that the MEA telecom market played a mainstay role during the epidemic and will play a greater role in the digital economic transformation in the post-epidemic era. ZTE will continue to maintain its leading position in technology, and cooperate with industry partners to promote 5G commercial deployment, lift the development of telecommunications market, and boost digital transformation in Africa.

Talking about 5G construction in China and other developing countries, what experience do you think might be worth learning from in order to best plan and deploy 5G in Africa?

After deploying 5G networks, most operators will find themselves operating four-generation networks at the same time (2G/3G/4G/5G). The core network needs to provide support for multi-mode network convergence and long-term evolution, since transport network cannot provide differentiated deterministic services, and since the complexity of the entire network operation and maintenance has also doubled. How to invest in the most economical way to ensure that 5G scenarios can be seamlessly covered and maintain excellent network performance, as well as the necessary conditions for long-term evolution, is the most urgent problem that operators need to solve. But for ZTE, it is an advantage after fully participating in 5G commercial construction.

In the time window for the switch from 4G to 5G, ZTE has 5G end-to-end capabilities, and it has as well the advantages of integrated debugging and spectrum utilization. ZTE’s industry-first commercial 5G Common Core can achieve a one-step architecture and reduce investment costs by 40%. The price of 5G mobile phones and SA industrial application modules will also drop rapidly. In response to the deployment pace and business expansion of African operators, ZTE proposes solutions for miniaturized deployment to help African operators create minimalist network deployment, smart network operations, and provide extreme user experience. ZTE will work together with industry partners to promote the commercial deployment of 5G on the African continent and facilitate a 5G win-win situation.

We know that ZTE released “5G Precision Transport Network White Paper” during Shanghai MWC, do you really think the time for large-scale reform of the transport network in Africa is ripping now?

What role do you think ZTE will play in the subsequent transformation of the African transport network?

Africa is still in the fast development stage of 4G, and 5G is in its infancy. Regarding how the transport network adapts to the development of 5G, ZTE has accumulated rich experience in China and other countries and regions, and has the ability to build precise 5G-oriented networks and precise 5G transport networks for African customers. Integrating innovative technologies such as precise pipeline, precise management and control, precise diagnosis and precise time. In addition, it can provide users with 10Mbps-level hard slices and lossless bandwidth adjustment, minute-level slice automatic opening, millisecond-level business monitoring, and a single node 5ns smart clock, etc. To achieve comprehensive coordination between cloud, network, edge, and terminal, and create greater value for customers, the transport network also needs to strengthen the coordination with the radio access network and core network. This is precisely the advantage of ZTE as the world's leading provider of end-to-end products and solutions. ZTE is confident to contribute more to the transformation of the transport network in MEA region under the promotion of the China-Africa joint construction of the "Digital Silk Road".