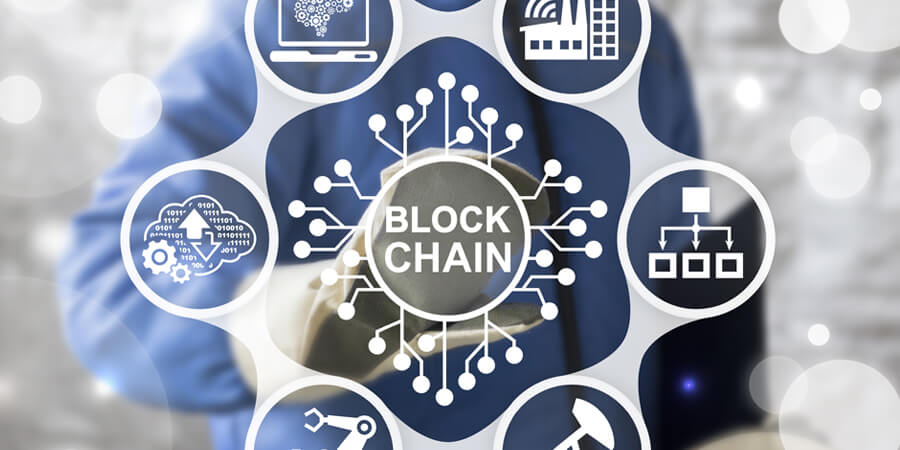 Blockchain is set to revolutionize all industries, from finance, banking and insurance to healthcare, media and logistics in a way that will change all processes and create new models that will have a greater impact on consumers and markets.

Blockchain is a protocol that allows transmitting value without having to rely on an intermediary, said Toufi Saliba, CEO, Toda Algorand, PrivacyShell and Global ACM Chair PB CC to Telecom Review in the framework of the 10th Telecom Review Summit held in Beirut where the topic of blockchain was discussed.

This technology was proven efficient by providing robust solutions and diverse use cases. Many companies are already offering blockchain-enabled services or working on accelerating the technology’s adoption.

In the Middle East, the UAE has been at the forefront of blockchain adoption. In fact, His Highness Sheikh Hamdan bin Mohammed bin Rashid Al Maktoum, Crown Prince of Dubai and chairman of The Executive Council, has announced Dubai’s Blockchain Strategy which mandates that Dubai becomes the world’s first-ever government to execute all applicable transactions using blockchain technology by 2020.

The director general of the Smart Dubai Office said on the sidelines of the Future Blockchain Summit recently organized by the Office, “Launched by H.H. Sheikh Hamdan bin Mohammed bin Rashid Al Maktoum, Crown Prince of Dubai and chairman of Dubai Executive Council, the Dubai Blockchain Strategy is built on three key pillars: government efficiency, industry creation and global leadership. In the next two years, 100 percent of all applicable government service transactions will be executed via blockchain. We, at Smart Dubai, are excited to be the official partner of the Future Blockchain Summit where experts, decision-makers and industry practitioners will shape the future of blockchain industry.”

The Future Blockchain Summit brought together over 7,000 chiefs of industry and visionary technologists from around the world to accelerate blockchain application in Dubai and beyond. The Summit, which was hosted by Smart Dubai, was labeled the “World’s largest blockchain festival”.

Telcos are heading more and more towards providing blockchain-based services and solutions. UAE’s Etisalat is using blockchain-enabled services to deliver value to customers in various industries. The operator is building its own internal use cases around the technology in a bid to evolve with the digital age and its requirements.

According to Salvador Anglada, chief business officer, Etisalat, individuals increasingly find themselves living in a world of accelerated change where people, businesses and governments exist in a digital mesh, bound together by data. Companies need to transform themselves, positioning digital at the core of their business in order to succeed in this new environment. In this regard, Etisalat had gone through this journey and actively contributed to the digital transformation market.

On the other hand, du, from Emirates Integrated Telecommunications Company (EITC), is working on demystifying blockchain technology and accelerating its implementation in the UAE through several initiatives launched recently. The Emirati operator organized a session for the media at du headquarters in Dubai with the aim of bridging the knowledge gap when it comes to emerging technologies such as blockchain.

“The integrity of data is key in a world where the majority of our interactions will be digitalized. du is already piloting blockchain in the UAE healthcare sector with the aim of promoting innovation and the use of next generation technologies to enhance our country’s position as a leading center for innovation and knowledge economy,” said Jihad Tayara, vice president Commercial - ICT, du.

Du has partnered with NMC Healthcare in the UAE to implement Electronic Health Records with the use of Blockchain technology. This is an initiative from du, as a member of The Global Blockchain Council (GBC) which was established by the Dubai Future Foundation, to test and accelerate the implementation of the technology in the country.

PCCW Global and Colt, in conjunction with blockchain start-up, Clear, revealed in March that the parties had undertaken a trial that demonstrated how the inter-carrier settlement of wholesale international services could be automated through the use of blockchain. By using blockchain technology, the PoC was able to reduce this labor intensive process from hours to minutes.

Additional members of the ITW Global Leaders’ Forum (GLF) are also getting involved in the initiative with the aim to soon expand the bilateral testing between PCCW Global and Colt to encompass a multilateral series of relationships among the wholesale telecommunications industry as a whole. Fellow GLF members now getting involved include BT, HGC Global Communications, Telefónica and Telstra.

“We are very pleased that this PoC is expanding to include more carriers. A lot of the conversations at the GLF have been around how innovative technologies such as blockchain can be used to improve the overall efficiency of the industry. With the PoC expanding to include more carriers, it is clear that the industry is seeing the benefit of becoming further aligned. Industry cooperation in this area will be incredibly powerful for the whole sector,” said Marc Halbfinger, chief executive officer of PCCW Global and the chairman of the GLF.

“We are convinced that blockchain is a relevant technology that will not only help the wholesale business to gain efficiency, but also significantly improve the efficiency of launching new services”, commented Juan Carlos Bernal, chief executive officer of Telefónica International Wholesale Services.

Blockchain spending in MEA expected to double in 2018

“There is clearly an immense amount of interest around distributed ledger technologies (DLT) in the region,” said Megha Kumar, IDC's research director for software in the Middle East, Africa and Turkey. “This is being driven by the pressing need for organizations to improve their efficiency, agility, security and integrity. In 2018, we expect more organizations across MEA to move beyond the evaluation and proof-of-concept phase to pilots and even deployments.”

Spending on blockchain solutions in the Middle East and Africa (MEA) is set to more than double this year, according to the latest insights from International Data Corporation. The global technology research and consulting firm's recently launched ‘Worldwide Semiannual Blockchain Spending Guide’ shows spending in the region totaling $80.8 million for 2018, up 107% on the $38.9 million spent in 2017.

While various industries are evaluating the use of blockchain, IDC research suggests the region's public sector (including government, education, and healthcare) will spend an estimated $120.8 million in this space in 2021, accounting for a 39.2% share. It will be followed by the financial services sector at 35.5% and the distribution and services sector at 14.1%.

“Financial services firms across the region are evaluating the use of blockchain for cross-border payments, trade settlements, and anti-money laundering purposes. In Africa, meanwhile, DeBeers intends to launch an industry-wide blockchain platform for tracing and authenticating diamonds, which highlights the integrity benefits of the technology,” added Kumar.

The world's biggest financial institutions are already experimenting with blockchain, although recent data indicates that they risk lagging behind other sectors in its use. Whilst industry analysts have claimed that banks could significantly reduce costs by implementing and integrating the new technologies within their systems, the gains could eventually shift to consumers who would benefit from quicker and much cheaper services.

However, a recent report conducted by Moody’s discovered that while blockchain technology could slash cross-border transaction costs for financial institutions, it would more than likely ramp up competition amongst banks.

Anish Mohammed, a cryptography expert and academic at Berlin University, told AFP that the losers would be those who failed to adapt to the latest technological trend. He said, "There will be winners and losers; the losers will be those who do not make any changes."

Blockchain has been gaining ground in the financial sector given its different applications whether at the level of database management or supply chain information. Blockchain is capable of transforming the way currency is handled by solving several problems people have been facing.

One of the most important problems that blockchain has been able to solve in the finance sector was that of double-spending. With the open public ledger, all transactions are chronologically recorded and time stamped to ensure that the same value is not “copied” and spent again, explains an article by Forbes.

Deployment of blockchain is ‘overhyped’

A recent survey conducted by Gartner showed that only 1% of CIOs indicated any kind of blockchain adoption within their organizations, and only 8% of CIOs were in short-term planning or active experimentation with blockchain. Furthermore, 77% of CIOs surveyed said their organization has no interest in the technology and/or no action planned to investigate or develop it.

“This year’s Gartner CIO Survey provides factual evidence about the massively hyped state of blockchain adoption and deployment,” said David Furlonger, vice president and Gartner Fellow. “It is critical to understand what blockchain is and what it is capable of today, compared to how it will transform companies, industries and society tomorrow.”

According to Furlonger, rushing into blockchain deployments will negatively impact companies and will create undesired problems generated by wasted investments, rash decisions and failed innovation.

"While many industries indicate an initial interest in blockchain initiatives, it remains to be seen whether they will accept decentralized, distributed, tokenized networks or stall as they try to introduce blockchain into legacy value streams and systems," Furlonger concluded

Challenges that are yet to be overcome

It is clear now that every emerging technology will experience negativity until proven efficient. Overvaluation and hype will be faced with arguments of doubt and relentless attacks. Blockchain is currently going through this path. It was first perceived as an irrational technology that could never work then it was considered a bubble that will not take long before it bursts. However, success in different fields have led companies to start thinking seriously about adopting it.

It seems that this disruptive technology will, sooner or later, be the corner stone of every company’s strategy. “Blockchain will revolutionize not just finance, but much about the internet. The key to the revolution is decentralization. Blockchain allows us to return to the free and decentralized roots of the internet,” said Dr. Larry Sanger, co-founder of Wikipedia and CIO of Everipedia, which is a Wikipedia 2.0 built on the blockchain which was launched in the Middle East at the Future Blockchain Summit.