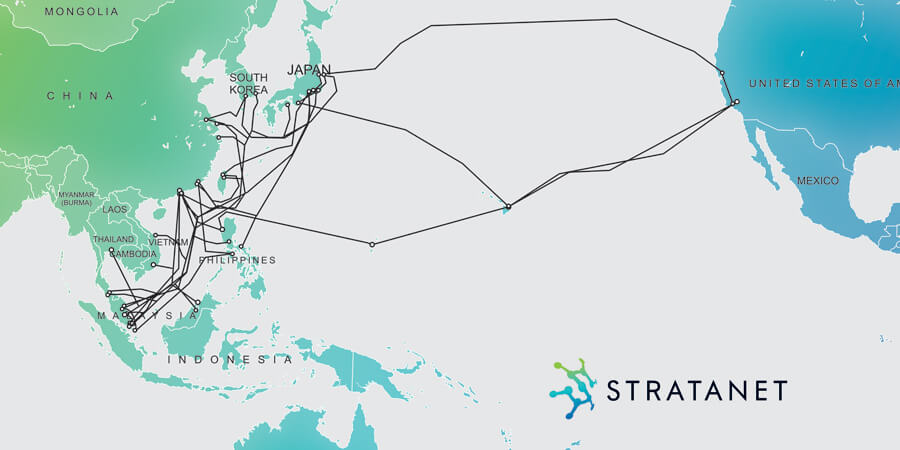 For content providers and mobile operators alike, the growth of data consumption has grown at a torrid pace. Northern Asia has among the highest data use globally with the developing SE Asian nations catching up each year.  In general, the demand for capacity is being driven by the introduction of new data services along with an insatiable appetite for video and content heavy applications with all of these being lapped up by consumers and enterprises across Asia, SE Asia’s rapidly growing middle class.

In these markets, consumption growth continues to rise; Gartner has previously stated that mobile data traffic is a key driver in universal adoption and growth. “While StrataNet Group focuses our investments at the base level of telecommunications infrastructure, with an ever-increasing demand for data and high bandwidth applications and pervasive uptake of AI across existing networks, it’s an exciting time to be working in telecommunications as we head toward a hyper-connected global community”, says Chris de Josselin, CEO, StrataNet Group.

StrataNet is integrating one of the widest commercially viable network infrastructures across Asia. They are strategically connecting a range of existing subsea cable assets to deliver a highly resilient and hyper connected network solution which currently spans across Asia and on to the US.

Not your typical telco, or another private equity group looking to build the next multi-country subsea cable system, who promise to outperform anything the market has seen before. Instead, StrataNet’s sole purpose is to integrate and monetise disparate, under-utilised, and under-valued telecommunication assets to deliver a multi-path, multi-country network underpinned by an unprecedented commercial model for its customers. This approach is now enabling several StrataNet customers to rapidly expand their network at well-below average market costs.

Successfully assessing, adapting and expanding to support market demands, StrataNet has formed a JV with Loxely Wireless of Thailand to form LXT Networks.

LXT Networks is expanding and improving local connectivity in and around Vietnam, Cambodia, Malaysia, Myanmar and Laos using Thailand as a central digital hub and digital connection point to access the rest of the globe. LXT will leverage StrataNet’s international backbone and will connect to a mix of existing and purpose-built network infrastructure across Thailand that will be owned and operated by LXT.

This emerging region focus is a core component of StrataNet’s strategic growth plan and the team will look to replicate this model in other regions with selected local, strategic partners.

StrataNet has a pan Asia network spanning over 120,000km of subsea fiber optic cable that connects more than 50 locations, in 12 countries across Asia, and the USA.  With each country having at least two landing points, StrataNet ensures absolute location and cable-system diversity into each country, providing peace of mind in the event of an unforeseen outage.  To the capacity buying market, StrataNet provides access to over 13TBP of capacity on 6 key cable-systems across Asia under a single sales, service and operations model. More information may be found at www.stratanetgroup.com