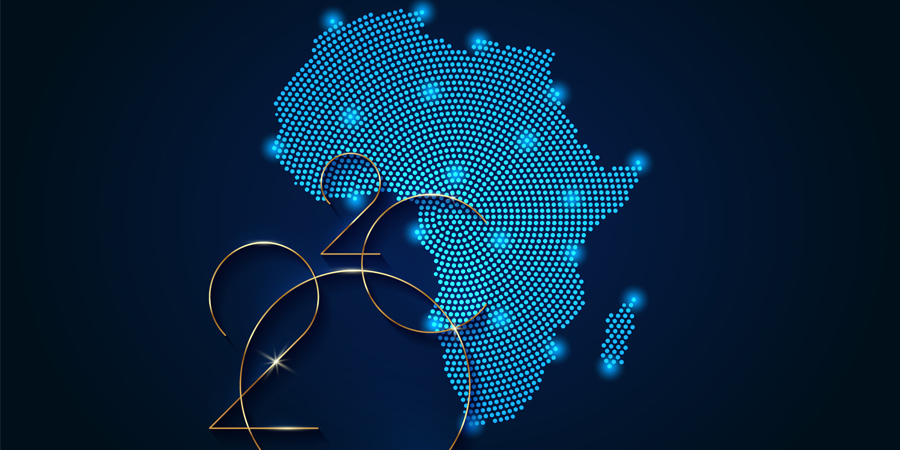 In 2019, it was made clear that blockchain is not just a hype but an exciting innovation that has gained momentum throughout the past couple of years to reach a not so bad level of adoption. New parties and companies have acknowledged it and a few central banks gave their green light even though a majority admits that they’re still trying to understand the technology. Africa’s stance on blockchain is remarkable in the sense that many countries have caught on the trend and are increasingly adopting cryptocurrencies.

Small business owners and entrepreneurs in Africa are seeing cryptocurrencies as one of the main drivers of their business. Botswana, Zimbabwe Ghana, South Africa, Kenya, and Nigeria are the main countries that chose to embrace blockchain and digital currencies. According to a 2018 report from Citibank, South Africa ranked sixth globally for the highest amount of bitcoin holders per capita, Kenya came in the fifth and Nigeria came in third, therefore confirming the high popularity of digital currency use.

Why so popular in Africa?

The use of cryptocurrency became very popular in Africa because it naturally addresses the issues of limited access to traditional banking methods, unstable national currencies, and limited employment positions. It is also considered as a safe way to access money, notably in countries hit by turmoil and political unrest that can jeopardize the value of people’s assets. Blockchain technology facilitates cross-border transactions through cryptocurrencies which solves the problem of the variations in currencies.

10% of global GDP will be stored on blockchain by 2027, according to the World Economic Forum. In addition, worldwide spending on blockchain solutions is expected to grow to reach nearly 12 billion by 2022 according to Statista research. Google Trends currently shows that global searches for the word “bitcoin” are the highest in African countries particularly Nigeria, South Africa and Ghana.

In addition to bitcoin, new cryptocurrencies were created in Africa, namely Finchoin which was introduced in Ghana as the country’s first digital currency. This initiative paves the way for cryptocurrency exchanges and aims to open a Finchoin-based bank in the country.

With the aim of promoting the acquisition of blockchain skills and the adoption of the technology in Africa, the Africa Blockchain Institute was established to ensure that adoption rates increase and to put in place relevant programs capable of disseminating knowledge.

A pilot phase for the school was undertaken in Ghana which resulted in the establishment of the blockchain essentials course and helped to overhaul the curriculum and update it according to the feedback of the participants.

In spite of the fact that Africans have found in blockchain a solution to the lack of access to formal financial services, many acts of fraud are being perpetrated using the technology. Kwame Rugunda, chairman of the Blockchain Association of Uganda, described blockchain and cryptocurrencies as "critical industries empowering the recently-signed Africa continental free trade area". However, the calls to avoid crypto scams are getting louder.

The associations intend to launch a scam alert website that raises awareness among people and allows them to seek clarity on any suspected scam. This is in tandem with the support they are providing to crime fighting initiatives in collaboration with the respective authorities.

A 2018 report by PwC showed that the biggest challenge hindering blockchain adoption is regulatory uncertainty according to 48% of the respondents of the survey who were all C-suite executives and vice-presidents.

The future is bright

For a lot of Africans, the benefits of blockchain outweigh the risks. More innovation and investments will happen in this field which will drive the development of fintech and digital payment platforms, as well as preventive measures to counter pertinent insecurities. This trend will help achieve economic growth once governments adapt to the new financial models.

Africa will tap into the endless opportunities offered by blockchain and cryptocurrencies and that will make it an important player at the international level.