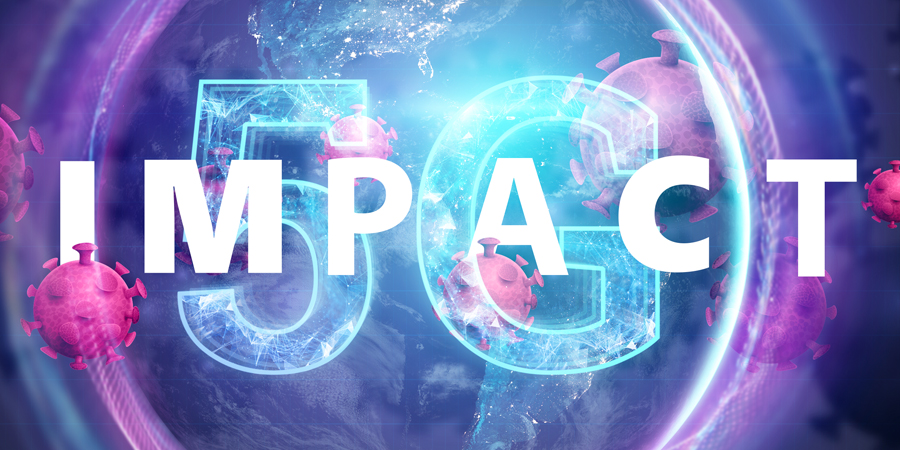 5G, the greatest of all technologies, is in danger. Just like all other industries, telecommunications has been also affected by the Covid-19 pandemic and the most visible impact is the delay in the deployment of the fifth generation technology. All efforts made in the past couple of years and that were planned to see fruition in 2020 have been put on hold all over the world.

The impact of Covid-19 was reflected in the financial results of the first quarter of almost all tech and ICT companies. Vendors and operators have announced delays in the deployment that could last until the pandemic is controlled.

One of the major manufacturers of 5G equipment, Huawei, confirmed that the rollout of 5G will certainly be delayed in Europe. However, the Chinese vendor emphasized the importance of accelerating 5G deployment which can contribute to the fight against coronavirus, especially in the field of telemedicine, and provide great coverage to meet users’ increasing demand for bandwidth.

The announcement of Huawei was echoed by Nokia CEO who said that he expects delays in the rollout of 5G networks in Europe. However, he doesn’t currently expect 5G rollout delays in other markets like North America, China, Japan, and Korea.

Another factor related to the delay is the postponement of the upcoming release of new standards by the 3rd Generation Partnership Project (3GPP) due to the pandemic. The Rel-16 Stage 3 and Rel-17 standards will now be released in June 2020 and December 2021, respectively. These two releases will establish sets of 5G standards for standalone (SA) networks, industrial IoT devices, and vehicle-to-everything (V2X) systems. The result will be a delay in product development and thus, rollout.

Network operators will likely need to readjust the timelines of their own 5G rollouts if new standards for 5G SA are delayed. Around 37% of operators were planning to launch 5G SA networks over the next two years given the fact that early 5G NSA which incorporate existing 4G infrastructure can suffer from latency delays when devices switch from 4G to 5G.

Covid-19 has halted all economic activities. Losses have been registered at the level of all types of businesses due to the lockdown measures imposed by governments around the world and because global trade has been put on hold.

The financial losses registered will force telcos to rethink investment opportunities once everything goes back to normal. 5G, which requires tremendous investments might not be on top of the agenda of businesses trying to recover.

According to Laura Petrone, senior analyst at GlobalData, “While the global lockdown has had minimal impact on the telecom infrastructure supply chain so far, there is a risk that the COVID-19 crisis will affect the ability of these companies to both acquire manufacturing materials and deliver finished goods.

“Most companies operate a distributed supply chain, with manufacturing, component suppliers, and logistic operations located in regions that have been significantly impacted by COVID-19. They are now busy minimizing the potential impact on their operations by taking action to reroute orders and add manufacturing capabilities around the world.”

Health concerns related to 5G radiation were debated long before COVID-19, however, many have exploited this crisis to raise their voices and refuse 5G to be deployed.

A large campaign promoting one of the many conspiracy theories justifying the spread of coronavirus was gaining momentum on social media platforms. The promoters of this theory argue that Wuhan was the first city in China to deploy 5G which is why the virus erupted from that specific area of the world. However, one who follows telecoms news will know that Wuhan was one of the several cities chosen to pilot the technology.

Proponents of this theory have most likely believed those wrong facts as a means to find an explanation to what is happening to our world today. In fact, they tend to forget Iran or Ecuador where the virus ravaged both countries without a single 5G tower there.

Some believe that this conspiracy theory originated from a post by a Belgian doctor who suggested in January a link between coronavirus and 5G. This theory was nurtured by posts from celebrities who agreed with the fact that COVID-19 happened due to 5G.

According to the World Health Organization, “Tissue heating is the main mechanism of interaction between radiofrequency fields and the human body. Radiofrequency exposure levels from current technologies result in negligible temperature rise in the human body. As the frequency increases, there is less penetration into the body tissues and absorption of the energy becomes more confined to the surface of the body (skin and eye). Provided that the overall exposure remains below international guidelines, no consequences for public health are anticipated.”

However, the theory was boosted by what some researchers have called a coordinated disinformation campaign which fueled vandalism notably in the UK, Cyprus, France and Ireland where phone masts were damaged in arson attacks. Officials have warned that such attacks will undermine vital telecommunications links at a time when they’re needed the most to maintain communication during this pandemic. Such attacks can delay the deployment of the technology given that masts are an essential equipment needed in the rollout process.

Tech giants have taken measures to ban 5G conspiracy theory content, namely YouTube, Facebook and WhatsApp in their fight against fake news and misleading information that are circulating on those platforms ever since COVID-19 became a global pandemic.

5G played an important role in China to contain the coronavirus and help patients. It is through 5G networks that telemedicine was possible and patients were treated remotely which has decreased the person-to-person contact, thus limiting the spread of the virus.

The 5G race in Africa

The major 5G player in Africa is currently is Vodacom which has announced its first live 5G network, in spite of the coronavirus outbreak.

“Vodacom’s 5G launch in South Africa comes at an important time as it will help us improve our network efficiency during the COVID-19 national state of disaster,” said Shameel Joosub, Vodacom Group CEO. “During this difficult and unprecedented period, we are proud to offer world class network technology to South Africa, and all of its associated benefits, as we provide an essential service to keep the country connected. This is largely due to the allocation of temporary spectrum by ICASA which has already mitigated the network congestion we have experienced since the start of the lockdown period.”

The initial 5G service is initially available in the cities of Johannesburg, Pretoria and Cape Town, with additional cities to be reached in the future.

Vodacom said that this network will support both mobile and fixed wireless services and is currently available on 20 live 5G sites.

The operator was recently assigned temporary spectrum by South Africa’s watchdog ICASA for the duration of the national state of disaster due to the COVID-19 pandemic, including one 50 megahertz channel in the 3.5 GHz band, which has been used to fast-track the carrier’s 5G launch.

Everyone, and not just the telecoms sector, hopes that we will soon go back to normal. Even though we have to get used to a “new normal”, however, some things will remain the same. The telecommunications industry will need 5G, even if