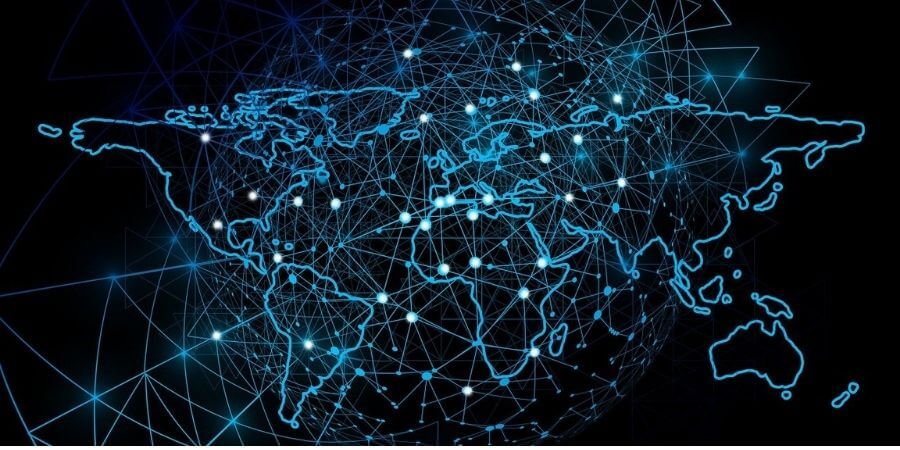 With the internet at our disposal, life, in general, has been better and more convenient. Within a matter of a few clicks, you can already access a lot of information and content, as well as communicate across borders. As a result, no one wants slow, unstable, and limited connectivity.

4.72 billion people around the world are now connected to the internet. With the number still growing exponentially, Our World in Data estimated that in every hour for the past five years, there are 27,000 new netizens joining cyberspace.

Staying connected is a no-brainer in the modern era as almost everything requires the internet to function. In response, mobile networks have upgraded from Code Division Multiple Access (CDMA) and Global System for Mobiles (GSM) and new Wi-Fi technologies such as Wi-Fi 6E are introduced.

Mobile network technologies: Now and then

Globally, the most widely used means of accessing the Internet is through mobile networks and mobile devices. Hence, mobile networks have evolved through a series of generations (G), each representing significant technological improvements over the previous generations. The first two generations of mobile networks introduced were analog voice (1G) and digital voice (2G). After that, the proliferation of smartphones introduced data connections (3G) that allow seamless access to the internet.

Alongside this, there are two basic technologies in mobile phones — CDMA and GSM. Used for 2G and 3G initially, these technologies are losing their relevance with 4G and 5G compatible phones now becoming evident in the market.

It is worthy to note that most of the rest of the world uses GSM. Why so? Because it was much easier to swap phones on GSM networks. GSM carriers store a customer’s information on a removable SIM card. Take the SIM out, put it in a different phone, and the new phone will easily register your existing number. Therefore, GSM carriers didn't have full control of the phone you were using.

On the other hand, CDMA phones don’t require a SIM card because the phone itself is linked to the network. Thus, this can’t be easily transferred between carriers. CDMA carriers identify customers based on safelists and only approved phones are allowed on their networks.

However, with the widespread adoption of 4G LTE and 5G networks, mobile connectivity has been upgraded. Phone manufacturers like Apple, Google, and Samsung have created numerous flagship devices that are compatible with all technologies: CDMA, GSM, and LTE.

Upon checking your phone specifications, if your phone has a MEID or an ESN number, it supports CDMA while if you see an IMEI number, then it’s GSM. If you see both numbers, then your device supports both technologies.

The CDMA/GSM split ended, in theory, as carriers all switched to long term evolution (LTE), a single, global 4G standard, starting in 2010. But the older 2G and 3G networks are still functional, primarily for voice calls. The move away from legacy technologies will cause a significant transition for many Internet-of-Things (IoT) and machine-to-machine (M2M) companies because 2G and 3G connectivity are still the most used technologies for deployed devices.

With 4G and 5G already being rolled out in different regions of the world, network operators’ focus has been shifting away from old networks to free up frequencies for these new technologies.

Now telecom operators are installing 5G, but 4G LTE is still the predominant one. In the 4G and 5G-driven era, everyone will be using the same radio technology, but they may not have the same channels. Thus, operators may not permit other carriers' devices to be used on their networks.

The latest 5G network, which promises even faster speeds and greater bandwidth compared with 4G, reduces interference with other nearby wireless devices. Newer 5G networks use shorter wavelength signals with much higher frequencies in comparison to 4G that uses frequencies below 6 GHz. This range varies between 30 GHz to 300 GHz. These frequencies provide higher bandwidth, less latency, and more stability.

In the years to come, buying a 4G LTE or 5G phone is ideal as CDMA and GSM becomes less important in smartphone purchasing decisions.

The new generation of Wi-Fi

The biggest spectrum addition since the FCC cleared the way for Wi-Fi in 1989 is made possible through the Wi-Fi 6E. The new spectrum quadruples the amount of space available for routers and other connected devices. This particularly makes use of 2.4 GHz and 5 GHz bands, as well as the 6 GHz band. This will mean a lot more bandwidth and a lot less interference for any device that will be connected.

If you’ve ever had trouble connecting to your Wi-Fi network, this is probably due to spectrum congestion. Whenever there are many devices trying to connect over the same band of frequencies, some devices will start to get a slower and less reliable connection. This can be solved with the 6GHz band as there will be enough room for up to seven maximum-capacity Wi-Fi streams to be broadcasted simultaneously and not interfere with each other.

You can look at it this way, if a Wi-Fi band is a freeway, then channels are lanes. The 2.4GHz supports small lanes for bikes, while the 5GHz is a freeway with lanes for cars, buses, and trucks. With the additional 6Hz spectrum, special tracks for a high-speed rail system are built.

In terms of signals, that means there are now more open airwaves that routers can use to broadcast Wi-Fi. The new 6GHz spectrum will translate to faster, more reliable connections for the next generation of devices.

According to an IDC wireless analyst, smartphones are likely to be the first consumer devices to adopt Wi-Fi 6E. As predicted, 316 million devices will ship with Wi-Fi 6E support in 2021. “Wi-Fi’s a very important part of the phone, so higher-end phones have higher quality Wi-Fi chips in them,” Philip Solis said. “Smartphones are a key product that makes sense for 6E because people use their phones for pretty much everything.”

When buying smartphones, keep in mind that all those that are powered by Qualcomm Snapdragon 888 processor are Wi-Fi 6E compatible. The Snapdragon 888 platform is integrated with the new FastConnect 6900 System that has support for Wi-Fi 6E, taking advantage of the 6GHz spectrum.