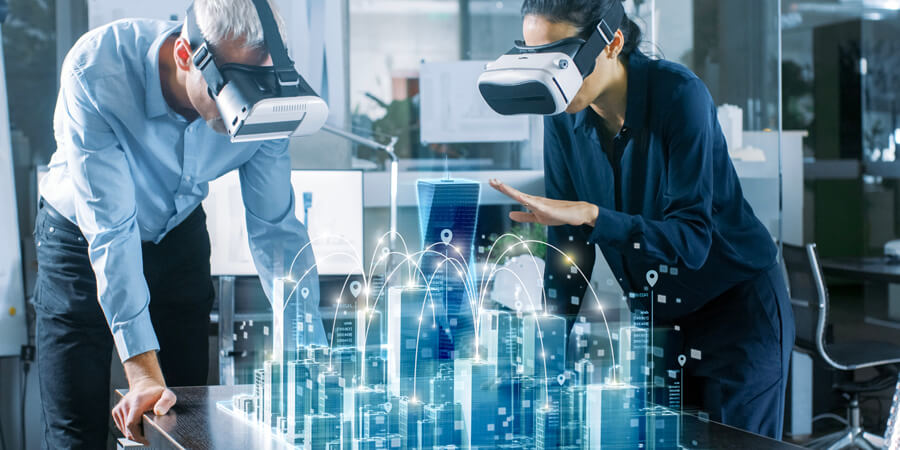 Augmented reality (AR) is becoming more and more prevalent among companies that serve the mobile and business markets. The primary aim of augmented reality is to bring to light specific features of the physical world, to increase understanding of these features, and to generate smart and accessible insights that are applicable in the real world.

Tech giants such as Microsoft, Google, and Apple are experimenting with AR. The abundance of free content creation apps is democratizing AR, which means anyone, not just developers, can create their own AR experience.

The augmented reality industry is booming across the globe, and Africa is no exception. Co-founder and director of immersive unit at OnaStories, Tulanana Bohela, commented on this topic saying, “Kenyans expected a great interest in VR, based on the experiences of mentors and counterparts in Kenya, yet found that the Tanzanian market responded far better to the idea of AR because they were already accustomed to this from mobile phone apps.”

Moreover, the use of augmented reality offers African brands and companies the opportunity to build trust with consumers, where "touch and feel" is often a prerequisite to purchase. Trying out a product in social commerce has previously been impossible. By using augmented reality, brands can strengthen their relationships with customers, create world-class customer experiences, improve conversion, and fulfill orders in real-time.

With augmented reality (AR), the user is provided with additional computer-generated information within the data collected from real-life that enhances the user’s perception of reality. However, virtual reality (VR) immerses users, allowing them to experience an entirely different environment, based completely on virtual information. AR and VR both tamper with our reality, but while AR enhances it, VR diverts us from it. For example, in architecture, VR can be used to create a walk-through simulation of the inside of a new building, however, AR can be used to show a building's structures and systems super-imposed on a real-life view.

Pros and cons of AR

Augmented reality is one of the most exciting innovations nowadays. In addition to its numerous advantages, AR also has some disadvantages that cannot be ignored. First, here is a look at some key AR pros:

Whereas some basic AR cons are:

To summarize, modernization in technology has helped many other fields and has simplified people's lives. In the same way, augmented reality is an advanced system for learning new things, interacting with others, and simplifying life.