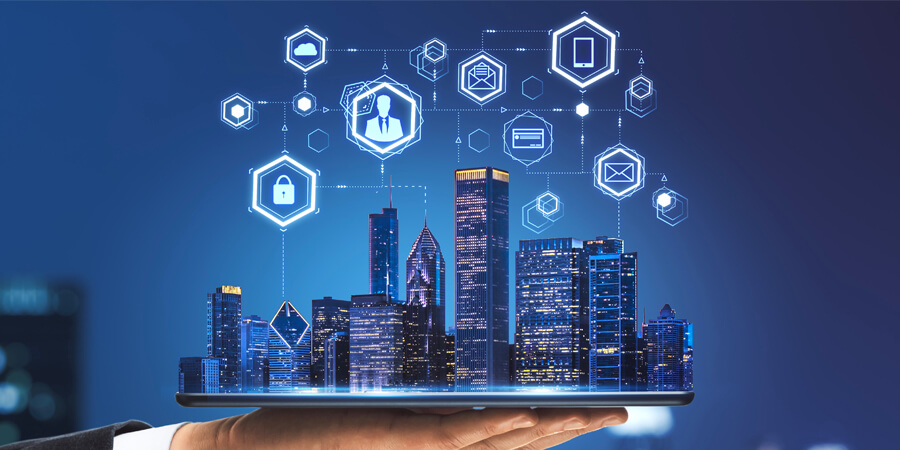 The world is going digital, and Africa is no exception. Digital and new technologies are profoundly changing societies, daily lives, and ways of working. With fast-growing economies and an ever-expanding network of connectivity, the African continent has embraced the digital revolution in many ways. The developments of digitalization are the greatest technical challenges of our time; however, we must keep sustainability at their core. New technologies such as artificial intelligence (AI) can contribute to making our lives more sustainable. For example: enabling us to use smart devices such as phones and tablets through voice commands or touch screens instead of keyboards. A question arises: Do digitalization and sustainability complement each other? Is technical progress the only answer to a future-friendly development of our digital society?

Indeed, digitalization and sustainability highly complement each other. In fact, digitalization can contribute to more sustainable communities in Africa. To achieve a more inclusive economic growth, African countries need to work continuously to strengthen the development of digital skills through initiatives such as the “Smart Africa Alliance.” Over the past decade, the continent has seen the biggest growth in internet access; however, around 35% of people in the least developed regions have internet access, according to the World Bank.

The future-friendly development of our digital society depends on many different factors — and technical progress is one of them. Looking at different economic sectors, digitalization is still at an initial stage in a number of African states. Contrary, technologies such as the Internet of Things (IoT), big data, and artificial intelligence are rapidly evolving. Many African countries have adopted digitalization as part of their development and growth strategies; however, the potential of the digital transformation to further develop African socio-economic structures remains undeniable. African countries must attain sustainable development by creating and retaining wealth, moving up global value chains, diversifying their economies, optimizing energy mixes, and placing human capital at the center of policymaking.

Subsequently, the Covid-19 pandemic — despite all the economic and social devastation it has caused — has raised the opportunities for African countries to innovate and go digital. The digital technology industry has grown across the country through incubators and start-ups, tech hubs, and data centers, and information and communication technology (ICT) activities are spreading across the continent. So far, the change has been almost only from the bottom up as more than 600 technology hubs have emerged across the continent; three have achieved international recognition: Lagos in Nigeria, Nairobi in Kenya, and Cape Town in South Africa. These tech hubs are home to countless start-ups, incubators, technology parks, and innovation centers which are driven by the private sector and by young people who — despite adversity — understand how self-employment leads to innovation.

Moreover, the shift to digitalization in Africa is happening quickly. With the help of social media; cell phones; and the internet, people are connecting with each other more than ever before. Digital infrastructure and services have developed significantly across the African continent in the past years. Most notable is the coverage and accessibility of mobile services, mobile-based payments and to a lesser extent, broadband. For example, based on a study for ITU titled, “Measuring digital development”, 3G is available in over 80% of the continent's geographic area, yet broadband penetration, whether wireless or fixed, records just 25%.

Adding to that, Africans are now using mobile apps for their everyday needs such as mobile banking apps. In Kenya, one of the fastest-growing economies in Africa, mobile banking is now commonplace. “M-Pesa” is a mobile money app that Kenyans use to send money to each other as well as to pay for goods and services. In fact, Kenyans use M-Pesa more than banks and other financial institutions. This app has gained a stellar reputation to the extent that it has been adopted by other countries such as Tanzania and India.

Due to the increasing number of people using the internet for their everyday activities, the growth in the mobile phone industry, and the use of mobile phones for financial transactions, has led Africa to be recognized as a “digital society” since it is one of the few places in the world where more than 50% of the population owns a mobile phone. However, some of the downsides of a digital society is having it established in the wrong place. Electricity cuts or no electricity at all makes it harder for Africans in rural areas to have access to the internet or pay money for internet service providers. Digitalization can lead also to privacy breaches or cyber-attacks in the absence of the right regulations.

To build a consistent and sustainable digital society, we must take into consideration the potential of digital exclusion as part of the decision-making process. Companies can start today by leading from or to a purpose, assessing the impacts of technology and focusing on building skills and diversity.