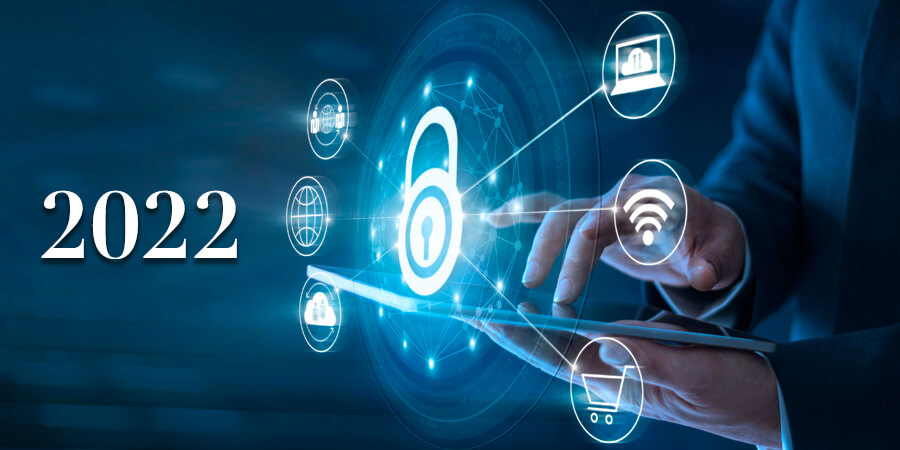 Security providers and hackers are competing to outsmart one another in the cyber security industry. The threat landscape is constantly changing, and, consequently, new methods of fighting it are emerging. 2022’s cybersecurity trends are bound to prompt more fear in organizations, leading them to bolster their security measures. In this year alone, organizations are expected to spend more than $100 billion on protecting their assets.

Cybercrimes affect all countries, but weaknesses in both networks and security measures make countries in Africa particularly vulnerable. While Africa has an estimated 500 million Internet users, this equates to just 38% of the population, leaving huge potential for growth, according to Interpol Report. The continent has the fastest growing telephone and Internet networks in the world and makes the widest use of mobile banking services.

With infrastructure security currently a significant part of almost every organization, it’s a good decision for businesses to start cybersecurity learning curves today to become experts for tomorrow; Skilled and experienced cybersecurity experts are among the highest-paid professionals in the IT industry.

Firstly, regarding the potential of artificial intelligence (AI), the volume of cyber security threats, as it stands today, is too much for humans to handle alone. Therefore, organizations are increasingly turning to AI and machine learning to hone their security infrastructure. In fact, there are cost savings to doing so.  As a result of AI, programs including automated security systems, natural language processing, face detection and automatic threat detection have been developed. Indeed, AI presents a significant opportunity for businesses to detect threats with greater precision, but criminals are taking advantage of the technology to automate their attacks as well, using data poisoning and model theft for example. The practical applications of AI are still developing, and the security tools driven by AI and machine learning are expected to continue to grow in sophistication and capability.

In another trend, the Internet of Things (IoT) is also evolving, and an expanding IoT creates more opportunities for cybercrime. Examples of IoT devices include wearable fitness trackers, smartwatches and voice assistants like Amazon Echo and Google Home. Approximately 64 billion IoT devices will be installed around the world by 2026, with remote working contributing to this growth. So many additional devices can change the size and scope of what is sometimes referred to as the cyber-attack surface. Many IoT devices have fewer processing and storage capabilities than laptops and smartphones, making it more difficult to protect them with firewalls, antivirus and other security applications.

Moreover, cloud vulnerability is one of the biggest cyber security industry threat trends. Once again, the rapid and widespread adoption of remote working following the pandemic increased the necessity for cloud-based services and infrastructure drastically, along with the resulting security implications for organizations. Cloud services offer a range of benefits, but at the same time, they are also a prime target for attackers. Misconfigured cloud settings are a significant cause of data breaches and unauthorized access, insecure interfaces and account hijacking.

Another important cybersecurity matter that we can't seem to escape is targeted ransomware. It’s a threat that’s been around for about two decades, and it’s growing. Hackers are becoming increasingly adept at hiding malicious code, and there are now over 120 families of ransomware. This trend is an easy way for hackers to gain financial rewards, a motivation that fuels its rise. During Covid-19, the accelerated digitization of many organizations, coupled with remote working, created new targets for ransomware. Both the volume of attacks and the size of demands increased as a result. One example, extortion attacks, involve criminals stealing a company’s data and then encrypting it so it can’t be accessed. Afterward, the organization is blackmailed with the threat of private data release unless a ransom is paid.

Multi-factor authentication (MFA) improvement leaves room for the fifth trending threat. MFA is regarded as the gold standard of authentication. Malicious actors, however, are finding new ways to bypass it, such as the use of SMS or telephone authentication. As a result, Microsoft has recommended that users stop using phone-based MFA in favor of app-based authentication. Despite some security features, SMS messages are not encrypted, which means malicious actors can exploit them to obtain plaintext one-time passcodes. This presents a major vulnerability for activities such as online banking, where authentication is often done via SMS.

Mobile and smartphone cybersecurity is the new target. The momentum towards remote working is also accelerating the growth of mobile. It’s normal for remote workers to switch between different mobile devices, such as tablets and phones, while using public Wi-Fi networks and remote collaboration tools. Mobile threats are, therefore, growing and evolving. The ongoing rollout of 5G technology also creates potential security vulnerabilities which, as they become known, will need to be eliminated.

Security for mobile devices encompasses other elements such as backend/cloud security, network security and the security of increasingly connected objects (i.e., IoT), including wearables and automotive devices. The best way to protect apps in insecure environments is to ensure additional layers of protection, instead of relying on just one method. During this age of accelerated digital transformation, cybercriminals are constantly looking for new ways to cause harm to individuals and organizations, which means cybersecurity concerns are constantly evolving. The latest cyber threats can be combated by using high-quality antivirus software such as Kaspersky Total Security.