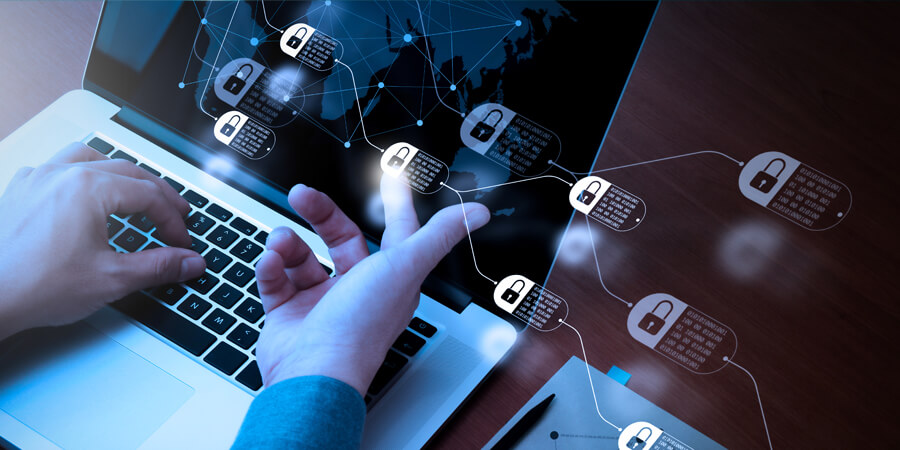 The advent of the internet is a blessing to mankind and has become an integral part of our lives. The internet is required in everything that we do, whether it is education, traveling, shopping, health, etc. Several applications of the internet are implemented in different sectors, and their use reduces workloads and simplifies work. One key example, Blockchain technology, is among the most discussed topics at present on different forums around the world, and has also emerged because of the advent of the internet. This technology came to light after the discovery of the cryptocurrency known as Bitcoin.

Blockchain, in simple terms, is regarded as a record-keeping technology, linked also with banking and investment firms. But how does it work?

The information regarding different transactions and details of credit and debit are noted by us and termed as records. Such records are maintained manually, and these manual renderings are stated as the ledger. Thus, the process of maintaining the record of information and data in the form of databases that are stored electronically on a computer system is called Blockchain, a type of digital ledger technology (DLT). Blockchain is the system of recording and storing information in such a way that it cannot be edited or hacked.

Most Blockchains are designed as a decentralized database that functions as a distributed digital ledger. Data is recorded and stored in blocks, which are linked by cryptographic proofs and arranged chronologically. Blockchain technology provides increased security in trustless environments, extending benefits to a variety of industries. In addition to such advantages, however, this technology can also bring some disadvantages.

Currently, there are at least four types of Blockchain networks, which are as follows:

The Blockchain is expected to evolve into general-purpose technologies and encompass a wide spectrum of areas, especially within business. With mobile becoming increasingly understood as a platform for innovation throughout Africa, the GSMA estimates that smartphone penetration will reach over 900 million people by 2025, and Blockchain solutions may find fertile ground to flourish. Yet, technological capacity does not equal feasibility, and the authorities remain a solid obstacle against disruptive solutions and change.

Fast forwarding to the present, Blockchain has been embraced at the level of civil society and is being addressed in political discourse. In addition to the Blockchain, the decentralization of decision-making and the crowding out of expensive middlemen are both tangible and beneficial outcomes of rapid technological advancement, such as mPesa and Uber. Surely, technology alone cannot bear the weight of the ongoing digital transformation, especially across emerging markets. Here, startups can play an essential role in speeding up the process by putting pressure on corporations and governments, forcing them to dismantle obsolete frameworks.

Despite the downsides, Blockchain technology presents some unique advantages, and it is definitely here to stay. Blockchain systems still have a long way to go before they become mainstream, but many industries are starting to contemplate their advantages and disadvantages. Businesses and governments will likely experiment with Blockchain technology in the next few years to see where it can add value to their operations.