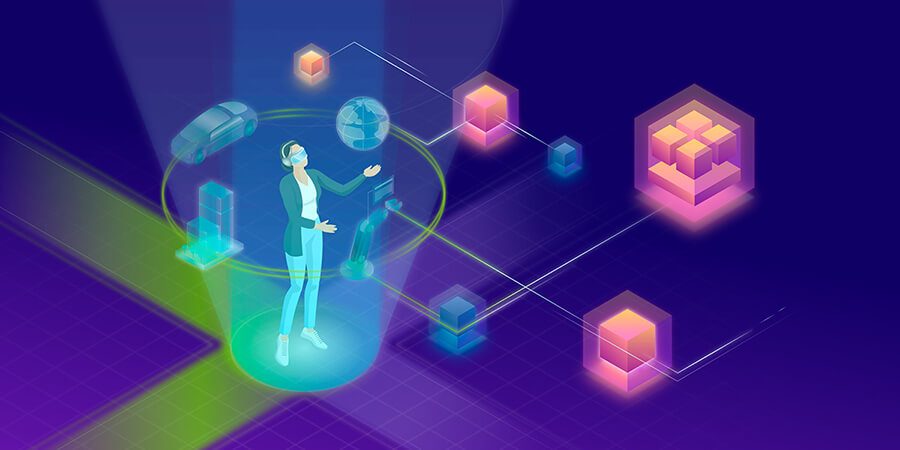 New technologies such as virtual reality (VR), augmented reality (AR), mixed reality (MR) and even extended reality (XR) are developing at a fast pace to shake up our approaches to individual consumption. They are also offering support to every company that is looking for more and more options to better adjust and personalize its dealings with each and every customer. Importantly, these new technologies come from different places and they seek to do different things while using similar technologies like 3D objects and AI.

Everyone builds reality according to what they perceive through their senses, whether it be in the digital or physical worlds. To better understand these technologies, we can first look at extended reality (XR) technology – a new reality that brings all three realms (AR, VR, MR) together under one term. It is a technology that overlays or immerses computer graphics and text into real-world and virtual environments, or a combination of both, to better enhance or replace the way the world is perceived. XR is set to play a fundamental role in the metaverse; in this "next evolution of the Internet," the real, digital and virtual worlds will merge into new hybrid realities that can be accessed via arm-powered gateway devices, such as VR headsets and smart glasses.

Secondly, augmented reality (AR) is a live, direct or indirect view of physical, real-world environments that have elements augmented (or supplemented) by computer-generated sensory input. AR utilizes existing reality and adds to it by employing a device of some sort. Mobile and tablets are the most popular methods of AR now; through the camera, the apps put an overlay of digital content into the environment, often with custom headsets being used. Popular AR examples are Pokemon Go and Snapchat’s new AR bitmojis. As for smart glasses, the focus is increasingly on delivering a more holistic AR experience through wearable eye pieces. Devices must combine an ultra-low-power processor with multiple sensors, including depth perception and tracking, all in a lightweight, comfortable form factor. These glasses play a role as gateways to the metaverse as well, where virtual elements and reality intersect.

The third reality completely replaces a user’s view, immersing them within a computer-generated virtual environment; this is virtual reality (VR). This type of XR technology has existed for a while, with gradual improvements. Gaming, concerts, films and sports are among the most popular uses, but it is also accelerating into social media. Additionally, VR is used as a tool for training and education as well as healthcare, including rehabilitation. Moreover, VR devices are now enhancing video conferencing experiences through platforms that enable virtual meet-ups in different virtual worlds.

The fourth and final reality is mixed reality (MR). Mixed reality is the next wave in computing, followed by mainframes, PCs and smartphones. IT combines the real and virtual worlds, sitting somewhere between AR and VR. The application of mixed reality has gone beyond displays to include: spatial mapping and anchors; hand-tracking; eye-tracking; speech input; spatial sound; locations and positioning in both physical and virtual spaces; and collaboration on 3D assets in mixed reality spaces. Mixed reality is beginning to be used to enable VR real-world players to be superimposed into video games to bring real-world personalities to game streaming platforms such as Twitch or YouTube.

In summary, the majority of mobile phones on the market today lack environmental perception capabilities, making their experiences incompatible with both physical and digital realities. The experiences that overlay graphics, video streams or holograms in the physical world are called augmented reality (AR). The experiences that block out the view to give a fully immersive digital experience are called virtual reality (VR). The experiences that can transition between augmented and virtual realities form mixed reality (MR). All of these reality technologies have a promising future. It will take time for the innovation to be perfected, and it will require consistent upgrades. Despite these limitations, however, these new technologies will certainly change human lives.