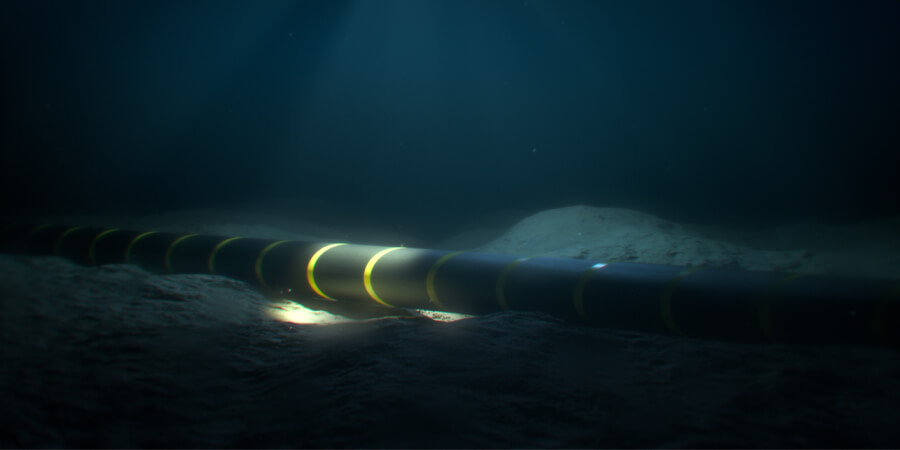 Subsea cables are the global backbone of the internet, connecting people, businesses and economies around the world, and are the key to accelerating digital transformation, especially with the rise in global internet usage during the COVID-19 pandemic, which emphasized the need for widespread, reliable connectivity and infrastructure.

In Africa, subsea cable connectivity will help governments achieve their digital transformation goals and objectives. In South Africa, it will contribute considerably to the government’s NDP2030 and SA Connect strategies. Several projects have been put in place to boost connectivity across the continent. Some are already deployed and functional; others are expected to start functioning soon.

2Africa, for example, a 45,000 km submarine fiber optic cable system, will encircle Africa with fiber. The first sections will begin service as soon as 2023 and will interconnect 33 countries in Europe, Africa, Asia and the Middle East with 46 landings. It will be the longest subsea cable ever deployed, serving communities that rely on the internet for services from education to healthcare and business, with all experiencing the economic and social benefits that come from this increased connectivity. Its design capacity is 180 Tbps, which will deliver more than the total combined capacity of all subsea cables serving Africa today, according to 2Africa’s partner. 2Africa is the first subsea cable project that is designed to serve the whole of Africa, seamlessly interconnecting both the east and west coasts.

Equiano, the Google project, is a private cable that will connect several countries along the West Coast of Africa. One end will start in Portugal and reach down to South Africa via Togo, Nigeria, St. Helena and Namibia. Expected service will begin by 2023, and additional landing points may be added later.

PEACE Cable, the East Coast’s cable, is planned to be completed by the end of 2022. PEACE Mediterranean segment, which landed in Marseille, Malta, Cyprus and Egypt, entered service in March 2022. The cable’s original 12,000 kilometers was projected to span Pakistan to France, reaching countries down the east coast of Africa, the Middle East and the Mediterranean. However, an expansion added Singapore to the planned route, with an additional 9,500 kilometers of fiber.

The Africa-1 consortium cable is backed by E& (formerly Etisalat), G42, Mobily, Pakistan Telecommunications Company and Telecom Egypt. The anticipated RFS is 2023. It will connect France, Kenya, Pakistan, the UAE. and several African and Middle Eastern countries along its way.

The Medusa Submarine Cable System, a private AFR-IX endeavor, will connect the North African countries of Morocco, Algeria, Tunisia and Egypt to their northern Mediterranean counterparts, specifically Spain, France, Italy and Greece (plus Portugal). The launch is planned for 2024 in the Western Mediterranean and 2025 in the Eastern Mediterranean.

Understanding the impact of subsea cables is important for designing the policies and prioritizing the infrastructure investments that will be most effective for growth. Studies estimate that subsea cables and broadband infrastructure investments are among the most effective development policies for Africa’s economic growth. The promise of subsea cables as drivers of economic growth in Africa warrants excitement about the potential economic impact. As an example of these impacts, a study by RTI International in Nigeria shows that subsea cable landings have resulted in a 7.8% increase in the likelihood of employment (in areas connected to fiber), meaning that for every 1 million people living in areas connected to terrestrial fiber, 78,000 additional people have become employed.

Furthermore, in the Democratic Republic of Congo, subsea cable landings have increased the chances for people in connected areas to be employed by 8.2%, as they also recorded a 19% increase in GDP per capita.

Another example is South Africa, which experienced a 6.1% increase in GDP per capita as a result of cable landings, which improved connectivity and catalyzed economic activity. The country also recorded a 2.2% increase in employment in areas connected to fiber infrastructure.

Mozambique, in its turn, experienced a 13.6% increase in employment for urban, university-educated people, especially in Maputo. However, access to fiber infrastructure is limited to a small share of the population, so there is no significant national-level impact yet.

Deployments Go Beyond the African Continent

As of late 2021, there were approximately 436 submarine cables in service around the world. Here, we will list some of the projects deployed globally:

Sub.Co has confirmed that the Oman Australia Cable (OAC) is now ready for service (RFS). OAC is a three-fiber pair system with an option to upgrade to four fiber pairs; it boasts a design that features 100G DWDM and a total capacity of 39Tbps. The OAC is the only submarine cable directly connecting continental Australia and Europe, the Middle East and Africa (EMEA) by directly linking Oman to Perth, Australia. The Marine Route Survey for the OAC system commenced in October 2020 and was completed in February 2021. In Australia, the Perth cable landing infrastructure construction commenced in October 2020 and was completed later in December; the works included an additional seaward-facing duct installed for maintenance and possible future cable installation. The cable landed in Perth in July 2021. The OAC cable will also connect to the INDIGO cable system as part of a new ‘Great Southern Route’ between the US, Australia and EMEA.

GCI has completed the deployment of its 1,280 km submarine fiber-optic system from Kodiak along the south side of the Alaska Peninsula and the Aleutians to Unalaska, which is part of its Alaska United-Aleutians Fiber Project. The final splice connects each slender strand of fiber into GCI’s existing fiber-optic infrastructure in Kodiak, linking the new network backbone to the rest of the world. GCI’s AU-Aleutians project will provide terrestrial broadband service to underserved areas of the Alaska state by bringing fixed broadband to Unalaska/Dutch Harbor and five other communities: King Cove, Sand Point, Akutan, Chignik Bay and Larsen Bay. The project is slated for completion by the end of 2024. Under the next stage, GCI will deploy fiber-to-the-premises (FTTP) to Unalaska (by the end of 2022); Akutan, Sand Point and King Cove (2023); and Chignik Bay and Larsen Bay (late 2024). The total cost of the project is US$58 million.

The Bahamas Telecommunications Company (BTC) has applied to the Federal Communications Commission (FCC) for an extension to a special temporary authority (STA) to allow the continued operation of the Bahamas 2 submarine cable, pending the submarine cable license renewal for an additional 25-year term. The 470km Bahamas 2 system connects with the domestic networks in the continental US and the Bahamas, operating successfully for 24 years pursuant to the cable landing license granted in 1996. The Bahamas 2 is a common carrier submarine cable that extends from a landing point at Vero Beach (Florida) to Nassau (Bahamas), with an intermediate point at Eight Mile Rock (Bahamas). The system consists of five optical fiber pairs, with the capacity of each pair comprised of 16 100Gbps Basic System Modules (BSMs).

Italian carrier Unidata has chosen two vendors to share the work in building a new subsea cable system, 890 kilometers in length, connecting Sicily with two cities on the Italian mainland, Rome and Genoa. The new Unitirreno cable will be the first 24-fiber pair open cable system in the Mediterranean region, which has been an internet service provider (ISP) since 1994 and a data center owner since 2003. The system will deliver strategic landing points for intercontinental cables from Asia and Africa while providing a new route to major digital infrastructure hubs in Europe, including London, Amsterdam, Frankfurt and Milan. Unidata announced Alcatel Submarine Networks (ASN), owned by Nokia, and Italian company Elettra as the contractors for Unitirreno, which is named after the Tyrrhenian Sea (Mar Tirreno in Italian) that it will cross. The companies are working with Pioneer Consulting on the project.

PLDT Inc. has started the construction of the 9,400-kilometer subsea Asia Direct Cable (ADC), which will link Batangas to several landing points across East and Southeast Asia. The company expects the completion of all landing links to be completed by the end of 2023, covering Batangas; Singapore; Chung Hom Kok, Hong Kong; Maruyama, Japan; Quy Nhon, Vietnam; Sri Racha, Thailand; and Shantou, China.