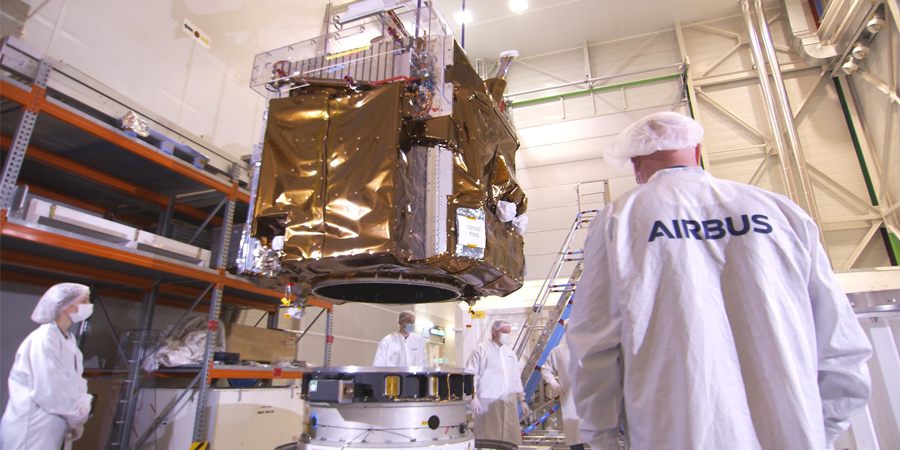 Scheduled to launch in April 2021 on a Vega launcher, Pléiades Neo 3, the first of the new generation of very high-resolution satellites will join the existing Airbus fleet of optical and radar satellites, with increased resolution, revisit and coverage. It will be closely followed by its twin, Pléiades Neo 4, also scheduled for launch on a Vega rocket a few weeks later.

Entirely funded, manufactured, owned and operated by Airbus, Pléiades Neo will provide commercial and institutional customers with high-level insights for the next decade. Each satellite will add half a million km² per day at 30cm native resolution. The images will be easily accessible on Airbus’ OneAtlas digital platform, allowing customers immediate access to both freshly acquired and archive data, as well as extensive analytics.

Comprising four identical satellites, the Pléiades Neo fleet will work hand in hand with the existing Pléiades satellites. The highly compact Pléiades Neo spacecraft have a light weight, next generation silicon carbide optical instrument. They also have inter-satellite links with SpaceDataHighway (EDRS) geostationary satellites to enable urgent acquisitions just 30 to 40 minutes following the tasking request to swiftly respond to the most critical situations.

“Pléiades Neo is a game changer for Airbus and its geo-intelligence customers. Thanks to our disruptive and bold investments we can offer a state of the art constellation delivering 30cm resolution imagery in near real-time, opening up a completely new range of applications to give our customers more detail, more quickly,” said Jean-Marc Nasr, head of Space Systems at Airbus.