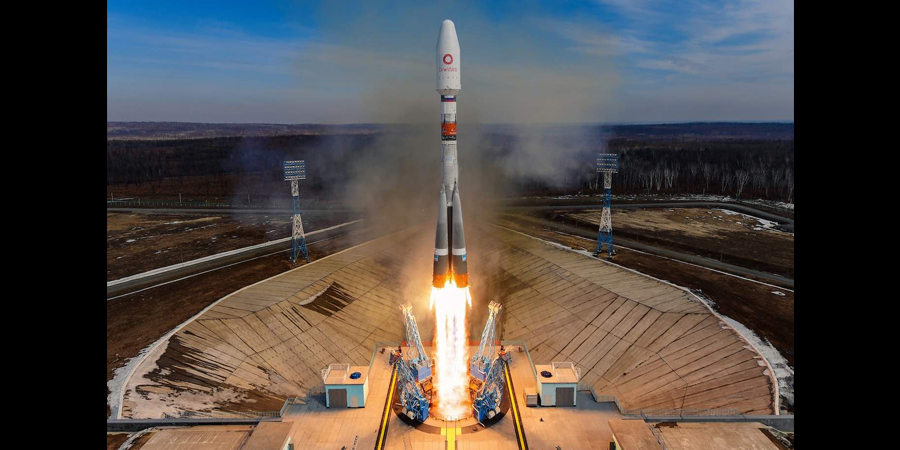 A Soyuz rocket took off from a cosmodrome in Russia’s Far East and deployed 36 Florida-built OneWeb internet satellites into orbit. Another batch of OneWeb satellites will launch next month, continuing the build-out of a planned fleet of 648 spacecraft to provide global broadband services.

The additions will enable engineers to further test the company's promised system for delivering broadband internet connections from space.

The OneWeb satellites carry Ku-band and Ka-band antennas to link with customers and ground stations, and deployable solar array wings. The OneWeb satellites will use xenon-fueled ion thrusters to raise altitude from their planned 279-mile-high (450-kilometer) deployment orbit to around 745 miles (1,200 kilometers) over the next few months, where controllers will ready the spacecraft for service.

In a post-launch press release, OneWeb said this mission was the second in a “five-launch program that will enable OneWeb’s connectivity solution to reach all regions north of 50 degrees latitude by the middle of 2021.”

OneWeb said services will start by the end of the year, giving the company the “ability to connect millions of consumers in the northern hemisphere.

“These services will cover the United Kingdom, Alaska, Northern Europe, Greenland, Iceland, the Arctic Seas and Canada, and will be switched on before the end of the year,” the company said. “OneWeb then intends to make global services available in 2022..”

OneWeb says its testing programme is progressing well, and in a demonstration this month for the US Department of Defense claimed its satellites were providing downlink data rates of up to 500 megabits per second with a delay, or latency, in the internet connections as low as 32 milliseconds.

The launch of 36 more OneWeb satellites came less than 24 hours after SpaceX deployed 60 satellites for its Starlink internet network. With the latest missions, OneWeb has now launched 146 satellites, and SpaceX has sent 1,385 Starlink spacecraft into orbit.