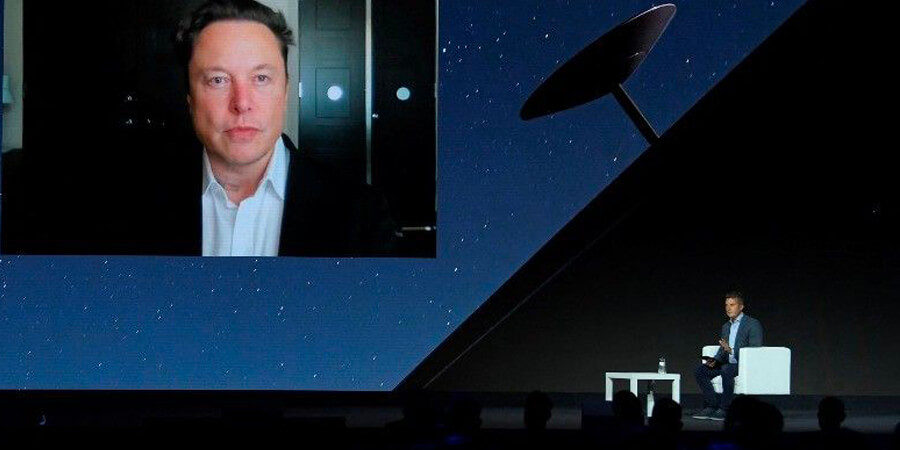 Starlink is studying a plan to deploy thousands of low-orbit satellites to provide high-speed internet to isolated and poorly connected areas.

It has so far deployed over 1,500 satellites and by August it will be able to provide coverage everywhere in the world except the North and South Poles, Musk told the Mobile World Congress, a telecoms industry conference underway in Barcelona, by video.

The Tesla chief said he expects to invest "at least five billion dollars, and maybe as much as ten billion" in Starlink before the service has a positive cash flow.

"Then over time it is going to be a multiple of that, and that would be 20 or 30 billion dollars. It is a lot basically," he added.

Starlink is currently operating in about a dozen countries, with more being added, and it currently has just over 69,000 active users, Musk said.

"We are on our way I think to having a few hundred thousand users, possibly over 500,000 users, within 12 months," he added.

"There is a need for connectivity in places that don't have it right now, or where it is very limited."

Musk said Starlink sells its terminals for $500 even though they cost the company over $1,000 to make, so his team is working to develop a model that is less expensive. He hopes to come up with a temrinal that costs the company just $220 to $250.

"Obviously selling terminals at half price is not super compelling," he said.

Musk said Starlink had two partnerships with "major company telcos" and was "in discussions with a number" of others, without giving further details.

He said Starlink could help telecom firms meet rural connectivity requirements contained in licences for the new super´fast 5G cellular networks which are being deployed around the world.

Musk's SpaceX firm, which operates Starlink, has requested authorisation from US regulator the Federal Communications Commission (FCC) to deploy up to 42,000 satellites to provide the satellite internet service.

Starlink faces competition from a number of rivals including OneWeb, a broadband satellite communications company acquired by a consortium of investors comprising the UK government and Sunil Mittal-led Bharti Global, and Amazon subsidiary Kuiper.

By the end of 2020 some 5.2 billion people, or 67 percent of the global population, subscribed to mobile services, according to the GSMA, industry body which organises the annual mobile congress.