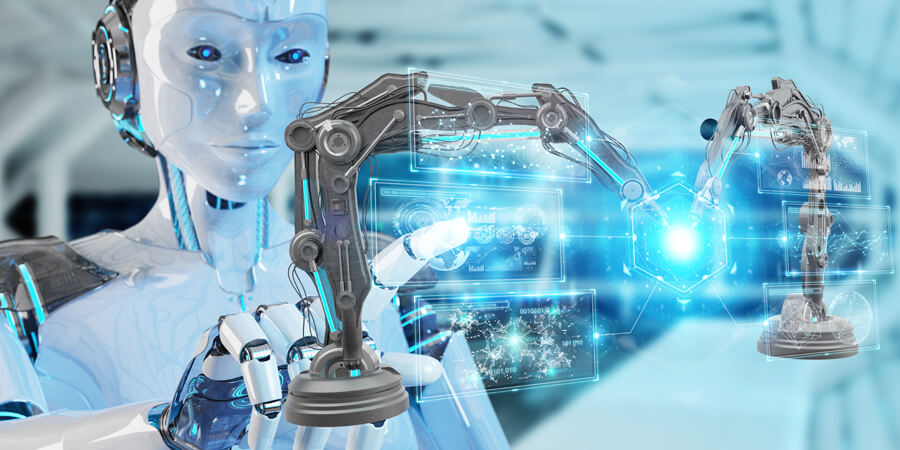 Telecommunications companies are facing the growing need of people to be connected to various global networks. As a consequence, telco providers are competing to provide them with the fastest, most affordable, and innovative services. To support this rapid growth, telecom companies need to solve the problems posed like managing data, controlling cost, and developing new services.

Robotic automation is a software that helps to reduce the human efforts to meet all the demands above-mentioned. It identifies the need for a certain software and implements it in the right location, in order to have the work completed in no time. It can be divided into two types:

Even though many jobs may disappear because of these technologies, there is still plenty of room for new opportunities as well. Since repetitive tasks are reduced so people don’t have to do the same routine over and over, this leads to a better productivity. These tasks will be well-recognized and performed in a very less time by these RPAs. Hence, it will prompt the employees to work for other meaningful tasks that require a human effort and make an impact.

Jonathan Grudin, principal researcher for Microsoft, said, “Technology will continue to disrupt jobs, but more jobs seem likely to be created. When the world population was a few hundred million people there were hundreds of millions of jobs. Although there have always been unemployed people, when we reached a few billion people there were billions of jobs. There is no shortage of things that need to be done and that will not change.”

Fred Baker, Internet pioneer, longtime leader in the IETF, claimed, “My observation of advances in automation has been that they change jobs, but they don’t reduce them. For example, a car that can guide itself on a striped street has more difficulty with an unstriped street, and any automated system can handle events that it is designed for. Yes, I expect a lot of change. I don’t think the human race can retire end masse by 2025.”

These are some of the jobs at risk: data entry, photographic process workers and processing machine operators, cargo and freight agents, insurance underwriters, mathematical technicians, sewers, telemarketers. On the other hand, some safe jobs: recreational therapists, supervisors of mechanics, installers and repairers, mental health and healthcare social workers, audiologists, and orthoptists.

Furthermore, employees of such jobs can be put under two categories: technicians and managers. Technicians are the most affected by automation since they are the one dealing with the technical advances. Automation is introduced in order to avoid the routine and pressure put on technical employees. This alleviation in work is good unless it affects their job security. So, employees of this category will need to analyze their job description, see how it might affect them in the future and if their job is at risk. While from the management side, the key role of managers is to oversee deadline and assure jobs get done. This area of any business is essential to understand the workflow, organize meetings and prepare employees for future events. Even though this field isn’t free of risks, but when compared to the technical compartment, it isn’t much affected by automation.

Once these disruptive technologies are in full swing, networks will need the most reliable network components to ensure uptime. As more and more technologies are introduced in the marketplace, automation and robotics can now pave the way for the production of consistent network components in a capable way of scaling with the industry. A fact not to be ignored, advances in AI and robotics allow people to cognitively offload repetitive tasks and invest their attention and energy in things where humans can make a difference. It is not easy to develop and implement automation/robotics, but with the new technologies on the horizon, network engineers would be wise to start that process now, or develop partnerships with organizations that have the technology in place to meet scalability demands. As the power and capacity of computers continues to expand, revolution will continue to be created in the field of technology.