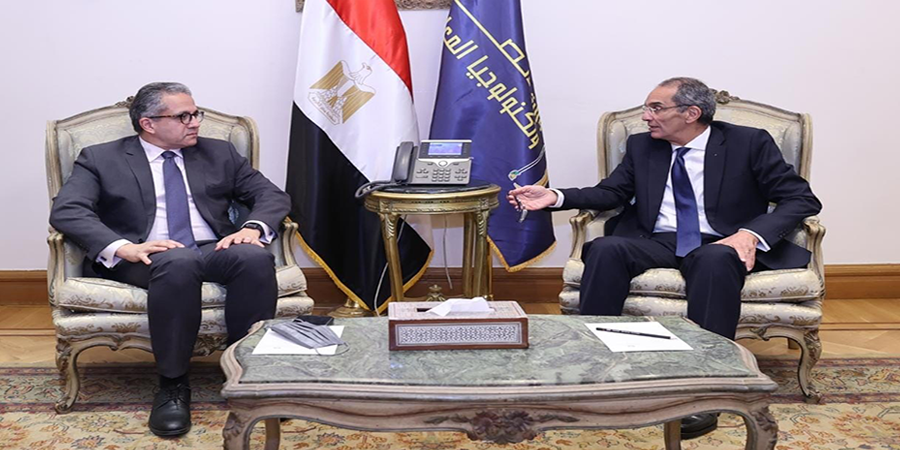 The minister of communications and information technology Amr Talaat and minister of tourism and antiquities Khaled El-Enany have held a follow-up meeting to examine the latest developments in the project of raising internet speed in all tourist facilities, nationwide, especially in Sharm El-Sheikh as a first phase. This meeting was held as part of the arrangements for hosting the 27th Conference of the Parties to the United Nations Convention on Climate Change (COP27).

The meeting is within the framework of the ongoing coordination and meetings between the ministry of tourism and antiquities and the ministry of communications and information technology (MCIT) to check the implementation status of raising internet speed in tourist facilities. This is conducted especially after the minister of tourism and antiquities instructed all tourist facilities to raise their minimum internet speed for each hotel, which is determined according to its classification — whether five, four, or three stars or floating hotels, within a maximum period of three months for tourist facilities in Sharm El-Sheikh and the end of the current year for the remaining facilities nationwide.

During the meeting, the two ministers discussed relevant implemented work and confirmed that the installation of fiber-optic cables, for connecting Telecom Egypt’s external network to the facility’s control room, will be completed by 50% of the total tourist facilities in Sharm El-Sheikh within a month, so that the facility can contract for high-speed internet service.

During the meeting, the two sides discussed the specific timings and training courses prepared by the ministry of tourism and antiquities and MCIT through the national telecom regulatory authority (NTRA) and the information technology institute (ITI) for the inspectors of the central administration for hotel establishments, shops and tourism activities, on the means of measuring the performance of Internet networks in hotels and the quality of internal networks, to include those measurements in the new evaluation criteria (HC) for these facilities.

The meeting was attended by deputy minister of tourism and antiquities for tourism affairs Ghada Shalaby, deputy ICT minister for infrastructure Raafat Hindy, chairman of the Egyptian tourism federation (ETF) Ahmed El-Wassief, and leaders of both ministries and Telecom Egypt.