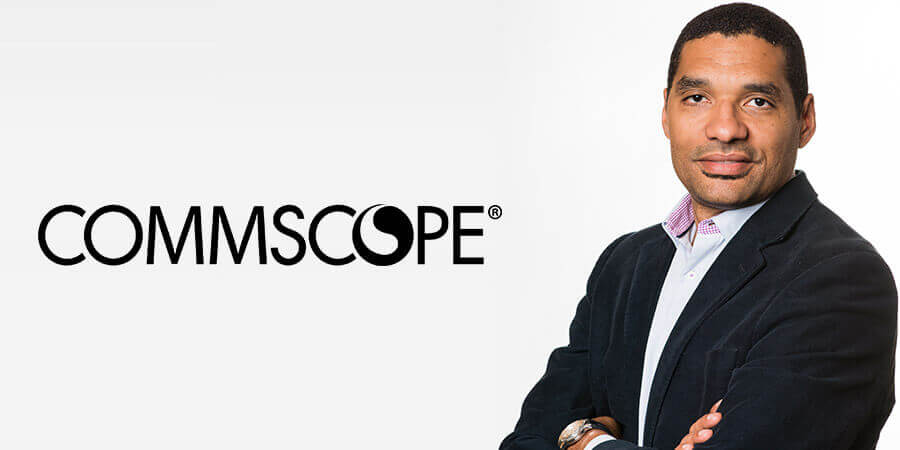 The royal wedding of Prince Harry and Meghan Markle was the biggest day ever for the BBC Online with audiences consuming 11.9 petabytes (equivalent to nearly 3 billion photos on a phone with a 12 megapixel camera) of data, peaking at 2.8 terabits per second when people saw their first glimpse of the bride’s dress.

My colleagues from around the world tuned in to what has been coined as the BBC iPlayer’s second most popular event.  One CommScope employee admitted to live streaming from a sailing yacht during her holiday.  Now that’s dedication!

One of my favorite pastimes involves watching the FIFA World Cup where 32 nations, including my personal favorite, Nigeria, bring their best footballers together every four years.  Given this year’s unpredictable outcomes, the global event surpassed streaming records set during the 2014 Rio World Cup with fans across the Middle East and Africa also tuning in via the Internet.

These types of spikes in online traffic are yet another reminder that broadcasters must ensure their network is speedy, reliable and consistent across all countries.  In fact, 60% of 13-22 year olds will not use an app or a website if it’s too slow to load, according to ‘The Generation Z: Study of Tech Intimates,’ a survey which includes participants in eight major cities.

Some 77% of broadband fixed subscriptions globally are now served by either fiber or cable networks, according to research by Point Topic.  The ubiquitous need for bandwidth in our internet-centric world has driven landline networks and wireless networks toward converging.

One European electrical utility recognizes the digital economy as a key pillar of future growth and competiveness on the world stage. This company sees the Internet as a utility -- building and owning an open-access fiber to the home (FTTH) infrastructure and leasing it to partners who in turn, offer retail internet and other services to subscribers.

SIRO is the only network in Ireland that uses the existing electricity network to provide fiber broadband to homes and business, enabling speeds of 1 gigabit per second.

As the company rolled out its network, they faced the challenge of building fiber to the home (FTTH) on top of a live electrical distribution system.  SIRO teamed with CommScope, to provide industry expertise and hardened connectivity products, which reduced costs and protected against the elements.

When speaking to network operators, they know the demand for performance will continue, from bandwidth to batteries, across every technological dimension.  A brighter future is built on smarter networks – that’s why SIRO is using light powered gigabit broadband for homes and businesses across 50 towns all over Ireland.

Convergence is improving the ROI of FTTH.  As consumer demand for data increases, network operators must increase wireless capacity.  The use of multiple communication modes on a single network offers convenience and flexibility that are not possible with separate infrastructures. Networks can and will merge into one, saving operator operating expenses (OpEx) and capital expenditures (CapEx) as equipment requirements also become identical.

In a converged network, three things are required, one of which we’ll talk about here:

The requirement for power at every wireless access point is essential, but often assumed as available or even forgotten until the completion of network planning.  Each legacy telecommunications network has different powering considerations. But make no mistake: the requirement for power in a converged network is real, and the importance cannot be overstated.

Legacy telephone networks, where twisted pair still exists and maintained, can provide low levels of power for small cells. In general, for a converged network, legacy telephony networks require utility power to be acquired unless a wireless access point is collocated at a power cabinet.

The second component required for a converged network is backhaul (data from the edge access points to the central data storage or processing centers).

Traditionally backhaul from cell sites has been done either though high-speed twisted pair, microwave or fiber links from radio locations to centralized equipment locations.  These can be dedicated links or shared via time domain or wavelength-division multiplexing.

In an existing HFC network, backhaul capacity can also be provided via DOCSIS. DOCSIS provides connectivity over either coaxial or fiber links. Equipment to condition power from the HFC plant to activate wireless access points via PoE (power over Ethernet) while providing a DOCSIS channel also exist.  For small cells, depending on the technology deployed, tight timing and latency requirements are a concern, but these issues are currently being addressed in standards organizations.

Site acquisition is always a major part of any wireless network. Typically, it takes time and money to secure. The 4G/LTE wireless densification effort is about capacity, not coverage, and 20-30 feet in the air is adequate for the coverage of a small cell area to create the additional capacity desired.  For underground plant, small cabinet based cells are available, with varying tower heights and a variety of concealment methods.  These small calls can be very unobtrusive, and placed along right of way already established for pedestals and cabinets.

Convergence of our telecommunications’ networks is a natural economic and technical evolution expedited by wireless small cell densification. Power, backhaul and site availability are of utmost importance in the design of any radio access network.

According to IDC, fiber connectivity is fast evolving as the fixed broadband solution for most households due to increased demand for online content in South Africa.  As service providers aim to increase fiber uptake, they will need to ensure they have the connectivity solutions to meet tomorrow’s network needs.

In support of operators in Africa and across the globe, CommScope demonstrated its latest offerings at the FTTX Council Africa Conference which was held in Durban on 10-12 September.