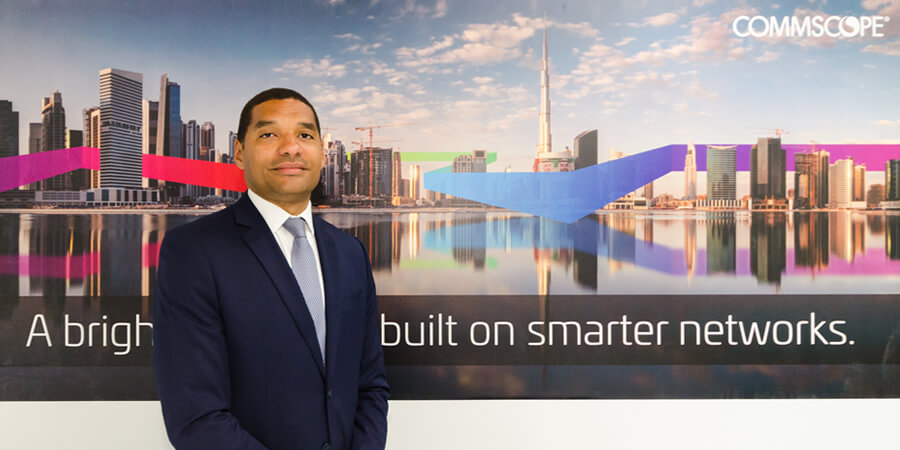 As technology continues to be part of our everyday lives, online shopping is becoming the norm. White Friday, popularly known in the U.S. as Black Friday, draws thousands of people to shop both online and in-stores.

White Friday was created by SOUQ.com, the world’s largest e-commerce platform in the Arab world, giving consumers across the region up to 70 percent discounts on mobile phones, TVs, appliances, cameras, groceries, toys and fashion among other consumer goods.

According to Forbes, most companies tripled their sales in 2017 vs 2016 and SOUQ.com logged the biggest shopping event in history with one million deals in a four-day period.

In the US, Cyber Monday is also becoming popular—the Monday after Black Friday when people do most of their Christmas shopping online.  Many online sites offer similar discounts that brick and mortar stores do, and you don’t have to get up early on Black Friday and fight off a sea of people for the latest gadget.

Record sales are on the rise

Let’s be honest, online shopping is not a fad. In 2016, Cyber Monday had record sales and was the biggest day in the history of US e-commerce. Consumers spent $3.45 billion that day alone, an increase of more than 12 percent from the previous year.

This trend seems to mirror what’s happening in other regions outside the US, including China.  On November 11, Alibaba, the creator of the world's biggest online shopping event National Singles’ Day, smashed its own record with sales topping $30 billion in only 24-hours, soaring past last year's record of about $24 billion. Two years ago, a record 100,000 vehicles were sold online within 24 hours on Singles’ Day.

In China, online shopping has also taken a new form on Tencent’s WeChat. As the Chinese market becomes a strong growth driver for global luxury brands, many established foreign brands are launching new products solely on the social media platform. For instance, Dyson, a British household electronics brand, tapped into the potential of social e-commerce, resulting in its hair-styling product selling out within a minute.

Mobile shopping across the globe

Ninety percent of Alibaba's National Singles’ Day sales came from mobile phones last year, while US citizens opted to use their mobile devices on Black Friday.

This trend will only continue to increase because the younger generations: Millennials and Generation Z (13-22 year olds) are always on the go and rely on their mobile devices for everything. Being connected is important to them.

Delivering higher bandwidths and speeds for the future

Data is consumed or transmitted whenever a user connects his mobile phone to the internet, and the global demand for data is growing exponentially as users embrace the convenience of the internet.  In fact, sixty percent of Gen Z will not use an app or website if it’s too slow to load, and two-thirds are interested in purchasing via social media directly, according to, "Generation Z: The study of tech intimates."

A simple projection from Statista estimates that there will be 2.5 billion smartphone users in 2019 and this number will continue to grow steadily - this is not counting the servers and computers that the phones and tablets are connected to and all other devices which create data.

As a result, global data center traffic is expected to triple by 2021, according to industry reports. This exponential increase in bandwidth demand raises a key question for online retailers, “Is there enough capacity to deliver the required bandwidth and speeds before the next shopping festival?”

The road to 5G is paved with fiber

The explosive and seemingly insatiable growth in mobile data traffic has made fiber the backhaul connectivity of choice to serve not only today’s requirements, but also to meet the following expectations that 5G promises:

Network operators that have invested in fiber-to-the-home (FTTH) networks over the past 20 odd years have unwittingly being laying the foundation for 5G. Most FTTH networks today are using just two or three wavelengths: one for gigabit passive optical network (GPON) downstream, one for GPON upstream and one for video overlay. The vast spectrum of Coarse /Dense Wavelength Division Multiplexing (C/DWDM) wavelengths remains unused, and hence can be utilized for wireless applications.

These network operators can use the same fiber strand but keep cell site traffic and residential GPON traffic on different wavelengths. Passive C/DWDM modules are put at both ends of the fiber to combine/separate the different wavelengths. Alternatively, you can keep traffic on separate fiber strands and design the connectivity at the hubs and closures to appropriately route the traffic.

An additional driver for more fiber will be 5G fixed wireless access, which is being utilized by some operators as another option for delivering broadband to consumers in their homes and small business. Whilst fixed 5G broadband access will be quicker and simpler to deploy than FTTH, the rate that bandwidth can be turned up is accelerated, which will exacerbate bandwidth pressures on all parts of the network. This means that more and more fiber will be required in order to handle this.

Essentially all metro, long haul and transcontinental networks today are fiber-based, and they have proven that they can scale to meet the growth in bandwidth by utilizing the latest generation of optical transmission technologies. The access network though still has a significant amount of copper, wireless and microwave technology deployed. Areas targeted for 5G coverage require lots of fiber to be successful, and not just for capacity reasons. It must also meet other rather formidable 5G performance goals related to network diversity, availability, and coverage since all three of these goals are achieved through a greater number of interconnected paths of fiber.

The digital economy depends upon ‘always available’ fast and timely mobile connectivity. Users desire it and companies must deliver this service and go beyond being a provider. To truly innovate, they must harness the power of digital mobile technology. In order to achieve the performance goals promised by 5G, the adage “lots of wires in wireless” is stronger every day - and those wires are fiber.