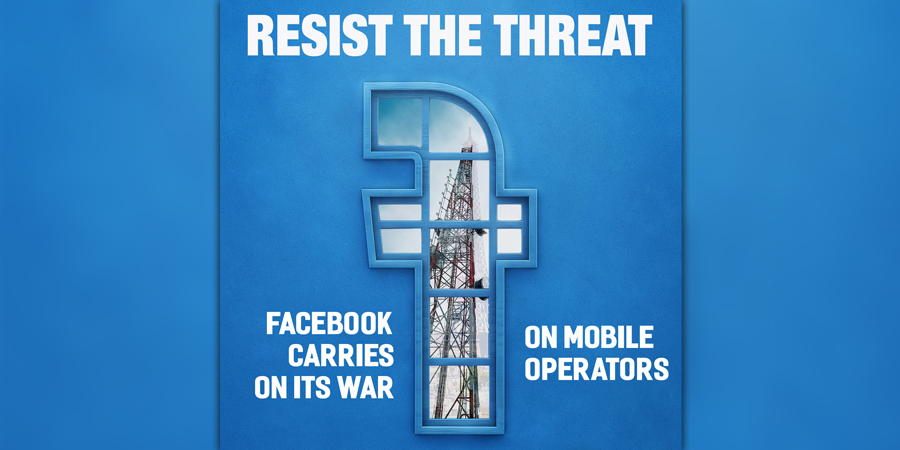 As Facebook owns WhatsApp, it has started recently sending verification codes for new users’ registration through WhatsApp instead of sending them through the usual SMS. This step will cause huge revenue losses to mobile operators and will place Facebook into serious and direct competition with mobile operators.

While discussing this verification messaging migration to Whatsapp, a Senior Executive of one of the biggest telecom operator groups stated, “We usually charge OTTs such as Google, WeChat, Uber and others, 4 to 7 cents per SMS for every verification message they send through SMS. This charge is nothing compared to the billions of dollars these giants are making from mobile advertising revenues using subscribers’ data” - mainly referring to Facebook and Whatsapp - “so it is either they are greedy to fight against this source of revenue or they don’t have enough money.”

He adds, “And the funny thing is that these OTTs are making billions using OUR networks! Yet, Facebook is still insisting to snatch the little SMS revenues operators are making and send verification codes through WhatsApp. We cannot accept nor afford to lose more profits.”

While being asked on the next steps they, as a mobile operator, are willing to undertake to overcome this challenge, he stated that they will act by increasing the price of SMS verifications of WhatsApp to up to 30 or 40 cents per SMS. “We will keep on increasing this price the more verification codes are sent through WhatsApp in order to compensate for the losses and damages caused, even if the price reaches $1 per SMS” he added. “We have no problem if WhatsApp finds this price expensive, we are doing what is in our best interest to protect ourselves as well.”

On the other hand, while commenting on the possibility of verifying new users through the means of voice calls instead, he said that if this also happens, they will take action by requesting from all their voice carriers to stop selling voice verifications to WhatsApp, and block any suspected numbers.

With this new inclination to push away the profit margins of SMS, mobile operators have only one solution: resist this threat by taking a stand. After all, it is their networks that OTTs are using…  Who knows, it might even get to the extent of actually pushing WhatsApp out of the market! How would OTTs react to this?

One thing is certain, subscribers will directly shift to another alternative... Take the real example that happened just earlier this year, in just a short period of downtime for Facebook and WhatsApp, 3 million users downloaded a rival messaging service in less than 24 hours! This sudden yet massive spike in signups is a clear indication that users wont be affected if any mobile operator decides to shut down any OTT application.

Now the real question is, has really WhatsApp declared war over mobile operators, or on itself?