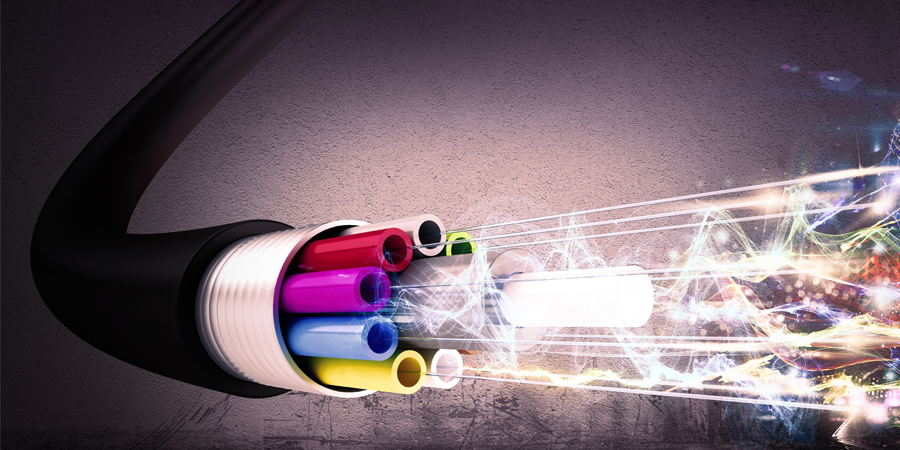 People usually brag about how much internet speed they have, especially if they’re subscribed to the higher amount of bandwidth. However, bandwidth isn’t all that matters when it comes to network speed and performance. There are factors like latency, jitter, browser add-ons, viruses, and packet loss that could be contributing to less-than-desirable performance in any given network.

Paying for more bandwidth won’t necessarily solve your network performance issues. How much bandwidth you ‘need’ depends on what you plan on doing with your internet connection.

Internet providers frequently use the terms “bandwidth” and “speed” interchangeably. In fact, there is a subtle difference between them.

Consider that data is traveling over the Internet cable like water in a pipe. Bandwidth is the width of that pipe — essentially, the maximum volume of water (data) that can pass through at once. Speed, meanwhile, is the amount of Megabits per second that can be downloaded by a given device using your home network. Speed is more accurately called “throughput,” meaning the rate at which data is “put through” to your laptop/phone/etc.

Bandwidth vs Speed: the highway metaphor

Another common way of describing the difference between bandwidth and speed is the “highway metaphor.” Essentially, you can imagine bandwidth as the number of lanes on the highway, and speed as the speed limit on each lane in the highway. Just like a highway, there’s a point at which the amount of cars will cause a traffic jam or slowdown due to congestion. However, using only one lane doesn’t increase the maximum speed — it just means that car (data packet) doesn’t have as much competition in the journey from point A to point B. This means when you’re signing up for a 100Mbps plan from your ISP, you’re paving a road that will allow you to travel speeds up to 100Mbps. The important thing to note is that this isn’t measuring the actual speed, just the amount of data you can move.

It's important to understand that bandwidth can be expressed in any unit (bytes, kilobytes, megabytes, gigabits, etc.). Your ISP (Internet Service Provider) might use one term, a testing service another, and a video streaming service yet another. You'll need to be able to convert between them if you want to avoid paying for too much internet service or, maybe worse, ordering too little for what you want to do with it.

For example, 15 MBs is not the same as 15 Mbs. The first reads as 15 megaBYTES while the second is 15 megaBITS. These two values are different by a factor of 8 since there are 8 bits in a byte.

The answer to the main questions - do you really need all this bandwidth you’re paying for? How do you know how much you really need? - is simple: it’s all relative to what you’re using it for. A 10 Mbps connection might look exactly the same as a 100 Mbps connection to someone only using their Internet to send and receive text-based emails.

A typical text-based email is usually under 1 Mb. In this case, this person will see no benefit by upgrading to a 100 Mbps connection from their current 10 Mbps. However, if another user on your network starts watching YouTube videos or gaming, the 10 Mbps connection starts to show its limits. In this situation, increasing the connection to 100 Mbps might actually make sense and you’ll get rid of congestion created by the other users on this network.

Daily tasks and their bandwidth consumption

To get an idea of how much bandwidth you might need, using a calculator can be a great tool.

Below is a list of common tasks executed daily and how much on average do they consume of your internet:

The case of a congested network

One of the things that can affect your network connection is other people on the network. If a single user has started downloading for example a 5 GB file (GB = gigabyte, one of which is made up of 1,024 megabytes) and he is currently downloading data at 10 Mbps, he would be done in a little over an hour. However, let’s say you have another person join the network and download a similar file size.

Now you will see this download time double to more than two hours now. If a third person joins you’ll now be sharing your bandwidth and get 1/3 of what you started off with. This will only get worse as more people start to join your network. This is called wireless interference: If you're around a lot of other people using a lot of other devices, you're going to run into more and more congestion. These signals bleed over on to each other and cause interference. This reduces data throughput and increases latency.

“To select the best services or package for your usage, you must understand your bandwidth needs,” said Lincoln Lavoie, a senior engineer of broadband technologies at the University of New Hampshire InterOperability Laboratory.

How can you tell if your network needs a boost? Lavoie said to look for “quality of experience” metrics, including load times, the number of connectivity glitches and connection drop-outs. It's also important to use online speed-check tools to see at what speed you start to experience problems.

The case of low latency

If you believe that downloading a 10 Mb file from a 1 Gbps network will be lightning fast, think twice. While you might think you can just immediately open small files up, the real world is a little more complex. You have to take into consideration one important thing: latency – a measurement of how quickly you can “ping” the server you are trying to reach.

Back to the highway metaphor, latency is the speed at which we’re travelling. Data is a two-way street. You need a send-and-receive communication in order to establish these connections. Think of this as a courier picking up and dropping off a package. The speed at which this happens is latency.

If you’re in a situation where small simple files are taking too long to open on a large bandwidth connection, then bandwidth probably isn’t your problem, but something else can be causing increased latency. Upgrading bandwidth does no good in this situation.

It is important to keep in mind that your hardware also has limitations. If you upgrade to 1000 Mbps, but your PCs and switches only support 10 Mbps, you’ll create a bottleneck. Although you’re getting a large amount of bandwidth, your hardware just can’t keep up this connection. It will provide what it can — not necessarily what you’re paying for. This holds true in home and business networks alike. For example, a 100 Mbps switch, router, or firewall could be the bottleneck to achieving 1 Gbps speeds.

Your internet is only as snappy as your computer. If your computer is bogged down and slow, it can reduce the actual throughput and responsiveness.

The type of internet you choose can also play a big role in the speed you experience. Cable internet can slow down when more people are online. However, fiber optic internet provides consistently fast speeds regardless of if you’re running multiple devices. When assessing fiber optic vs cable, speed and reliability always go to fiber optic internet connections.

Other factors that can limit the speed include the following:

What is considered ‘fast’?

By most definitions, anything above 200 Mbps is considered “fast.” Once you get above 750 Mbps, these are often referred to as “gigabit” services.

If you’re wondering why anyone would ever need a +1000 Mbps download or upload speed, the answer is pretty simple: most of us don’t. That said, these sorts of speeds are worth getting for techies, streamers, and large households.

While there’s no one size fits all answer on how much bandwidth you actually need, understanding what it is will help you make a better decision overall. The amount of speed or bandwidth you need will vary widely depending on the size of your household, number of users, intended activities, and etc. One great way to find out exactly how much bandwidth you need to subscribe to is to enter your household details into a bandwidth calculator tool. Nonetheless, if what you’re going to do is visit a few websites and check your email, something like a 1000 Mbps bandwidth might be an overkill for you. You’ll probably be just fine on a 10 Mbps connection. However, if you’re sharing a home with three other gamers all using the connection at once in order to play online, upgrading that 10 Mbps connection to 1 Gbps might be what you need in order to increase your overall speeds and don’t forget to upgrade your hardware if needed. One can do a ton with 15 Mbps of download and 15 Mbps of upload. A person can stream HD on 3-4 Mbps, and squeeze a 4K stream into 15 Mbps.

However, what’s not acceptable, is to leave parts of countries and continents with no internet connection even until now, while we wait to bring them 1000 Mbps of service.