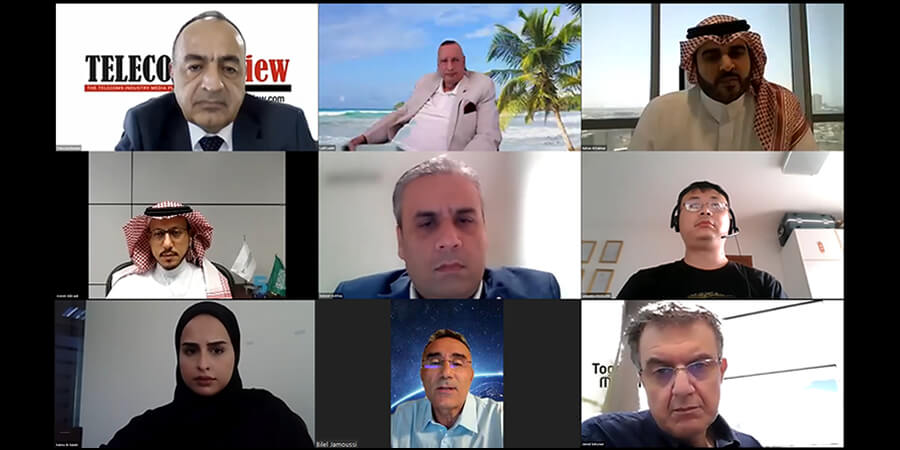 Telecom Review, the Middle East’s leading ICT media platform, under its parent company Trace Media International, organized a webinar titled ‘IPv6 Enhanced Innovation: Paving the way for digital transformation in the Gulf Region’ on August 3. This was the 2nd event for the IP industry that aimed to provide a fresh perspective into the transition from IPv4 to IPv6.

The moderator of the event, Toni Eid, Founder of Telecom Review and CEO of Trace Media, welcomed the panelists and urged the industry experts to share their business experience in the field of IPv6 deployment and adoption.

“Following last year’s success and the positive impact that the first edition had, this year’s edition focuses on national digital development and digital transformation in the Middle East and Gulf region, and will allow industry experts to share their business experience,” he said.

IPv6 is the latest networking and interoperability medium for new technologies such as the Internet of Things, cloud computing, big data, 4G and 5G. In recent years, IPv6 impetus in the industry has witnessed an unprecedented surge where IPv6 commercial deployments have been adopted across business verticals because of cost efficiency, simplicity, increased security, and opening new pathways to innovation in networked information systems. IPv6-only networks infrastructure has entered into mobile networks, data centers and enterprise networks. To keep pace and capitalize on the industry trends, governments need to facilitate the expansion and ease of deployment of IPv6.

The speakers discussed the best practices that can be widely adopted to facilitate the deployment of IPv6. Different strategies, tools, processes and communication methods to enhance the cooperative engagement between various stakeholders were also discussed at length. The industry experts explored as well the creation and identification of new opportunities in the field of IPv6 and IPv6+.

The speakers addressed the following topics:

The recurring recommendations from the speakers was the need to create an ecosystem for IPv6 and IPv6+ adoption and deployment within the business strategy across industries through policy, industry-know-how and leadership engagement.

He said, “Economies are moving towards digitalization and digital economy is one of the drivers for boosting the GDP all over the world. We have found in our analysis that full end-to-end connectivity for automation in industries will contribute to the economy. IPv6 is well suited to the new demands of 5G and cloud era.”

Shedding light on the evolution of IPv6, Robin Li, IETF IAB member, covered the topic ‘IPv6+ industry development.’ He stressed that the advancement in 5G and cloud technology will keep driving change for the IP network architecture. He added that traditional VPN services will not meet the requirements of network slicing that 5G enables. “There will be more IPv6 class innovation and deployments in the future,” he added.

Adding to the conversation with his notes on ‘Building an IPv6+ innovation system to facilitate digital transformation’, Dr. Bilel Jamoussi, chief of the study groups department, ITU Standardization Bureau, said, “Countries that had exhausted their IPv4 need to transition quickly and move to IPv6. We cannot underestimate the importance and the urgency of the transition from IPv4 to IPv6, and having the basic instruments in the government and countries in terms of the lab, capacity building, and policies to adopt IPv6+. All these new innovative applications are emerging and the transition and growth of the IPv6+, building on top of the basic IPv6 technology must be part of the strategy.”

Sharing her experience in laying the foundation for IPv6 in Qatar, Salma Sulaiti, head of standards & next-generation technology, the communications regulatory authority (CRA) of Qatar covered the topic of ‘Driving IPv6 deployment: Lessons learned.’ Salma opined that IPv6 adoption was inevitable and that regulators had a key role throughout the transition from IPv4 toIPV6.

“To activate the IPv6 strategy in Qatar, CRA established an IPv6 task force consisting of several dedicated key stakeholders from the government and private sectors as it was important to ensure that all the key members were available and connected to support each other through this journey. The primary role for the Qatar national IPv6 task force was to advocate, educate, and promote ipv6 across the country,” she said.

“A continuous test with trials and pilot projects is essential to achieve success. I wouldn't deny that there were some setbacks, but to move forward, we needed to get ourselves comfortable throughout this journey, as a whole ecosystem,” she stressed.

Covering the topic ‘Digital regulator accelerating the growth of the Kingdom's digital transformation’, Adeeb Al Braidi, general manager for internet services development, CITC, spoke about the role of IPv6 in digital transformation and the experiences and milestones implemented in Saudi Arabia for IPv6 adoption.

“CITC set up the national IPv6 implementation strategy back in 2010 based on three major objectives. The first one was to prepare for IPv4 depletion and transition to the IPv6 division to ensure business continuity and internet users' growth. Secondly was to make the transitions smooth and minimize the risks. And lastly, to raise the awareness at the national level among all stakeholders, private and public sectors about the importance of IPv6.”

He said that the strategy has organically emerged in three phases. “The first phase has been focused on the readiness of service providers and national services. The second phase focused on enterprises and business consumers and lastly, our major focus was on end-users and mobile devices which are very important to Saudi as the majority of our internet users are connecting to the internet from mobile,” he explained. “The current status for IPv6 deployment is that almost 45% of our users are on IPv6 and Saudi Arabia is in the top 10 nations in the global ranking for ipv6,” he concluded.

Talking about Zain’s IPv6 activation in Saudi Arabia, he said that all Zain subscribers are enabled to use IPv6, including mobile, broadband and 5G. He also added that more than 50% of subscribers are IPv6 active/assigned.

Jamal Sahyoun, vice president/enterprise architecture & transformation, Etisalat, covering the topic ‘Accelerating value generation through innovation and digitization, said, “Beyond the IPv6, we should look from an IT perspective at how to work very closely with our customers to enable the benefit that IPv6 will have on the massive connectivity of the applicable use cases into the future.”

The last speaker for the webinar was Latif Ladid, founder and president of IPv6 forum & chair of ETSI ISG IPE, who tackled the topic ‘Accelerating IPv6 innovation and crossing the digital divide.’ He said that the IPv6 Forum’s target was to establish an IPv6-only network to facilitate IP address space, better network control, the addition of new functions and to reduce CAPEX and OPEX in running networks.

To stress his point better, he cited an analogy of flight services whereby he said that IPv6 can give user-experience from the economy class to a business class and likened IPv6 to a business class and IPv6-only as first class. He said that the 1.5 billion IPv6 users minus the 435 million of China already comprise 44.7% of global IPv6 adopters. He also stressed the importance of IPv6 to enable blockchain technology as part of the global transition to smart technologies.

The webinar concluded with a poll voting that clearly showed how the industry is heading towards larger IPv6 adoption. An interactive Q&A session at the end allowed the participants to interact with the speakers.