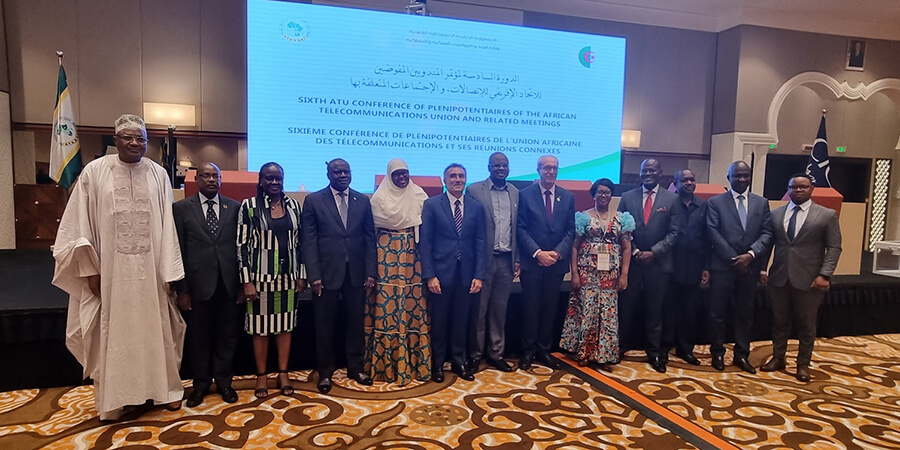 The Plenipotentiary Conference of the African Telecommunication Union (ATU) 2022 requested Member States to support African candidates for ITU positions and noted, in particular, that Dr. Bilel Jamoussi had been endorsed by the African Union as Africa’s sole candidate for the position of Director, ITU-TSB. It expressed unanimous support for him and called upon African countries to vote for him during the upcoming ITU PP-22.

Dr. Jamoussi is the most qualified candidate for the position of Director of Telecommunication Standardization Bureau, with 12 years of experience in this bureau as Chief of the Study Groups Department and 15 years in the private sector as Director of Standards in Nortel Canada and the USA. He holds 23 US patents in telecommunications, is fluent in three languages – English, French and Arabic – and speaks some Spanish and German.

The candidacy of Dr. Jamoussi is endorsed not only by the African Union but also the Arab League and the Organization of Islamic Cooperation, giving Dr. Jamoussi a wide base of support to win this election in Bucharest, Romania, planned for September 29-30, 2022.

The election of Dr. Bilel Jamoussi will bring the most qualified candidate to ITU for this position, as well as the much-needed balance and wide geographic distribution among the five elected officials and the rotation of the position of TSB Director among the regions. This position has never been filled by a director from a developing country, noting that in the last 32 years, it has been filled by Asian or European candidates.