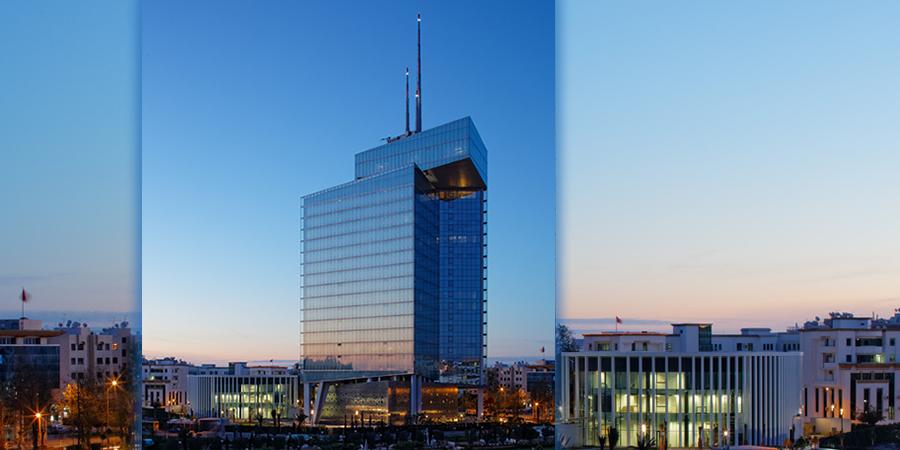 At the end of March 2019, Maroc Telecom group's consolidated revenues amounted to MAD 8,948 million, slightly down by 0.5%. At constant exchange rates, the revenues were up 0.8% thanks to the sustained growth in mobile data in Morocco (+18.5%) and in subsidiaries (+23.9%) that more than offset the drop in incoming revenues.

Activities in Morocco continued to grow and posted a 2.4% increase in revenues to MAD 5,382 million, due to the combined increase in mobile and fixed-line revenues, which continue to benefit from the data market fervor. Earnings from operations before depreciation and amortization (EBITDA) amounted to MAD 3,028 million, up sharply by 9.2% compared to the same period last year, due to the increase in revenues, decrease in operating costs and the impact of IFRS 16. The EBITDA margin increased by 3.5 pt to reach a high level of 56.3%. Excluding IFRS 16, EBITDA would have increased by 7.4%, and the margin rate by 2.5 pt.

In a difficult competitive and regulatory environment, the Group's international activities generated revenues of MAD 3,937 million at the end of March 2019, down 1.7% at constant exchange rates, due to the decreases of domestic mobile termination rates and of incoming international traffic. Excluding the impact of the decline in mobile termination rates, the subsidiaries' revenues would be almost stable (-0.4% compared to the same period in 2018).

After announcing the financial results, Abdeslam Ahizoune, Chairman of the management board, made the following comments, “Driven by the expansion of mobile data in all of the markets in which it operates, the Maroc Telecom group ended the first quarter with results beyond the objectives. This dynamic benefits also from the continuous efforts to optimize costs, allowing the Group to maintain a strong profitability despite the increase in tax and sector-related pressure in some countries of our subsidiaries. Based on these credits and its proven expertise in high-potential markets, Maroc Telecom is pursuing its investment policy to support government strategies to encourage digital technology and reduce the digital divide.”