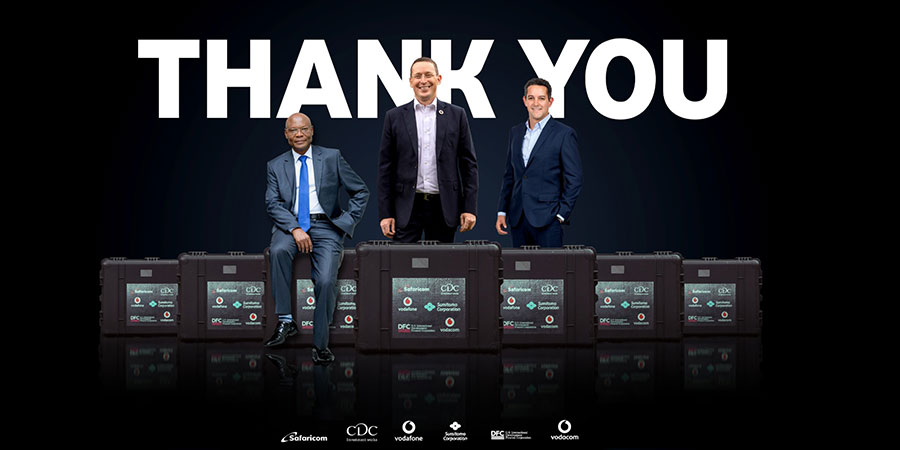 This finally puts an end to a two-year-long competition which attracted some of the best telecom companies in the world to gain access to the last large market in the world not yet open to competition. The bidding started with 12 contenders in June 2019 and settled into two contenders in late April 2021, after extensions due first to Covid-19 making travel difficult and then to two contenders asking for extra time. Government sources confirm that the Global Partnership for Ethiopia wins based on a unique SDG based project, which aims at bringing tech to all sectors of the economy in order to help transform the country into a digital economy. This project will see the largest private investment ever made in the country, deliver similar advanced services in all corners of the country, and ultimately create 1-1.5m jobs.

The consortium aims to establish an operator which will compete with the incumbent Ethio Telecom to serve 112 million customers, putting an end to a monopoly of 126 years. Another competition will be launched at a later stage to grant a second new license.

In an exclusive statement to Telecom Review, Vodafone Group’s project lead Philippe Vogeleer commented, “It has been an honour and a privilege co-leading this bid with my colleagues and friends Diego Gutierrez (Vodacom), Joe Ogutu and Debra Mallowah (Safaricom), Masahiro Miyashita and Morio Tanaka (Sumitomo), and David Osborne and Abhinav Sinha (CDC). The plan put together by the Ethiopian government to transform the country into a digital economy is phenomenal. This licensing process gave us an opportunity to acquire a concession on a large amount of telecom spectrum, which will allow us to deliver advanced services to the people of Ethiopia in all regions of the country. We wish to thank the whole country for entrusting us with this very important mission, starting obviously with the Prime Minister His Excellency Abiy Ahmed, the Minister of Finance Ahmed Shide, the State Minister of Finance Eyob Tekalign, and of course the lead organisers of the tender Dr. Brook Taye and Eng. Balcha Reba”.

Subsequent to the announcement, Ethiopian Communications Authority (ECA) director general Eng. Balcha Reba said, “This decision ushers in a new era of telecom service development in our country which will benefit millions of Ethiopians to have access to quality and reliable communications services. The Global Partnership for Ethiopia is a consortium of reputable telecom companies providing service to over 750 million customers all over the world and committed to creating new jobs and supporting the economy through the introduction of new and efficient services.”

Over the next decade, the selected consortium is expected to invest over $8 billion, the single largest foreign direct investment (FDI) into Ethiopia to date, said Ethiopia Prime Minister Abiy Ahmed. He explained that this historic decision grants a new nationwide telecom license to the Global Partnership for Ethiopia after it offered the highest licensing fee and a very solid investment case.

"Our desire to take Ethiopia fully digital is on track. I would like to thank all that have taken part in this and for pulling off a very transparent and effective process," he remarked.

Ethiopia, Africa’s second-most populated nation, is poised to expand 8.7% next year, according to the International Monetary Fund (IMF). Moreover, it has massive business potential as it remains to be an untapped global telecom market, with only 30.1 million mobile connections in a population of about 112 million, and as little as 6% 4G penetration so far.