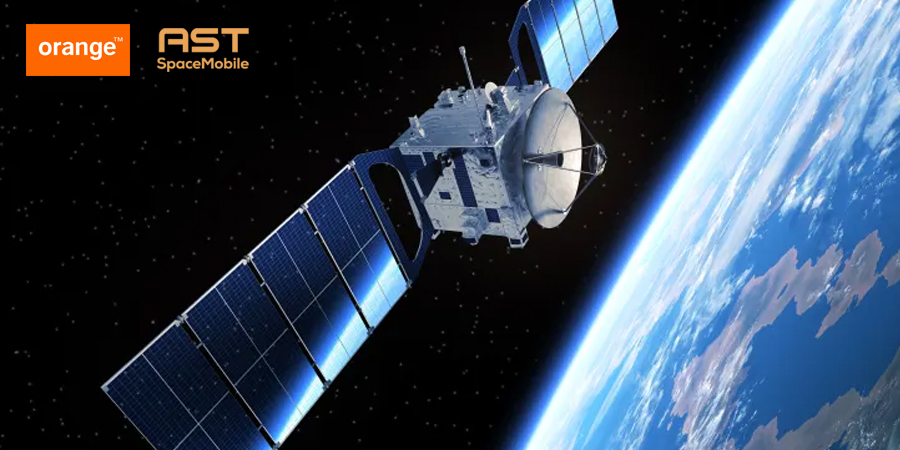 AST SpaceMobile, Inc., the company building the first and only space-based cellular broadband network designed to be accessible directly by standard mobile phones, announced a non-binding memorandum of understanding “MoU” with Orange S.A., one of the world's leading telecommunications operators serving more than 220 million mobile customers across the globe.

The joint effort would examine the opportunity for Orange to test the SpaceMobile service in one African country, following AST SpaceMobile's planned launch of BlueWalker 3, its test satellite with an aperture of 693 square feet that's designed to communicate directly with cell phones via 3GPP standard frequencies. It also paves the way for the two companies to discuss a potential agreement to serve Orange subscribers through AST SpaceMobile's planned network of BlueBird satellites.

"AST SpaceMobile seeks not only to fill cellular broadband coverage gaps for millions of existing subscribers, but also to extend mobile service to areas which currently have little to none at all," said Chris Ivory, chief commercial officer of AST SpaceMobile.

AST SpaceMobile's mission is to eliminate the connectivity gaps faced five billion mobile subscribers moving in and out of coverage zones, and bring cellular broadband to approximately half of the world's population who remain unconnected. Other partners in this effort include leading global wireless infrastructure companies such as Rakuten Mobile, Vodafone and American Tower.