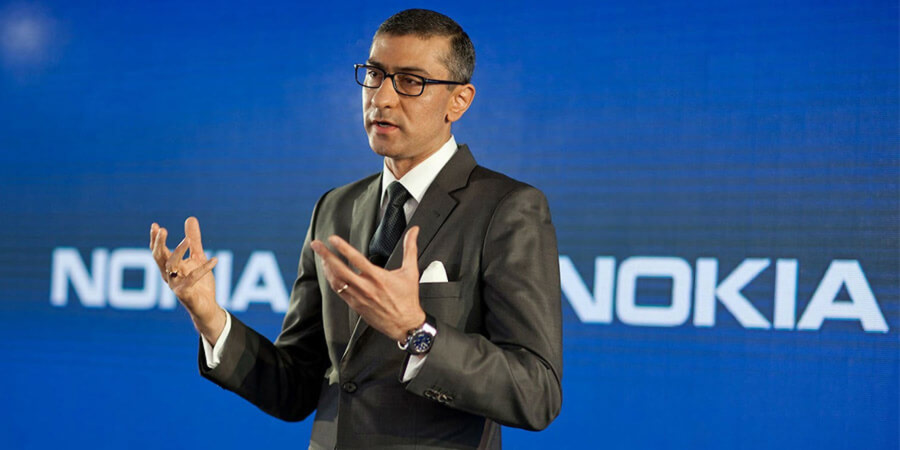 Finnish telecommunications vendor Nokia has endured a difficult Q1 following the official announcement of its financial results for the first quarter of 2018. However, despite a drop in its net sales and profitability, Nokia CEO, Rajeev Suri remains bullish.

The CEO claimed that the acceleration in 5G is building momentum and believes its impact will result in a strong full-year performance for the vendor.

The CEO released a statement which read, "We see strong momentum building for the full year despite a slow start in Networks. I have considerable confidence that Nokia is well-positioned to outperform a strengthening Networks market and meet our full-year 2018 guidance."

He added, "Our confidence is based on strong order intake and backlog in Q1; our end-to-end strategy is resonating with customers, resulting in strong cross-sell activity and a year-on-year doubling of the multi-business group pipeline; we have clear visibility to 5G deals for large-scale commercial rollouts in United States in the second half of the year; and are successfully executing our diversification strategy, with consistent double-digit profitable growth with enterprise and web-scale customers."

On the licensing side, first quarter recurring revenue was up by 65% year-on-year, and "we expect continued strong growth in the months ahead. We see further opportunities in smart phone licensing in China, in the automotive sector and in brand licensing."

Nokia CEO highlighted the vendor's end-to-end portfolio which "positions us very well for 5G and our efforts to accelerate global 5G adoption are clearly delivering results. We will fuel that adoption in 2018 with investments in trial costs, as needed. These investments will position us to capture opportunities in a 5G market that we believe will substantially accelerate later this year in the United States, followed by other large-scale 5G commercial rollouts starting in 2019 in multiple geographies. Given these developments, we expect to see continued softness in the first half of 2018, followed by a much stronger second half."

"We also see a clear path to market share gains this year given our success in 4G expansion, 5G deals, IP routing in both the service provider segment and adjacent markets, and optical, driven by 5G and web-scale customers", Rajeev Suri added.

"While our Networks gross margin in Q1 decreased on a year-on-year basis, the primary underlying reasons for that - regional and product mix - are largely temporary in nature and expected to improve in the second half of 2018. It is also important to understand that we did not see significant degradation of margins at the overall product level. We remain on track to deliver on our EUR 1.2 billion cost savings commitment."

Based on firm orders, Nokia sees customer demand for 5G accelerating further, particularly in North America, where we expect commercial 5G network deployments to begin near the end of 2018.

Encouraging progress was made in Q1 with our strategy to diversify and grow by targeting attractive adjacent markets.  Strong momentum continued with large enterprise vertical and webscale customers, with double-digit year-on-year growth in net sales and order intake.

Momentum in our end-to-end strategy continued, with one third of our sales pipeline now comprised of solutions, products and services from multiple business groups. Nokia Technologies net sales were EUR 365mn, with operating profit of EUR 274mn

Nokia reiterates all of its full year 2018 Nokia-level guidance, despite expected weakness in its Networks business in the first half of 2018.

Nokia remains on target to deliver EUR 1.2 billion of recurring annual cost savings in full year 2018. Our active efforts to drive 5G adoption are expected to result in EUR 100 to 200 million of temporary expenses in 2018 to support 5G customer trials.

Nokia continues to see opportunities to build on its track record in Nokia Licensing within Nokia Technologies and drive a compound annual growth rate of approximately 10% for recurring net sales over the 3-year period ending 2020.