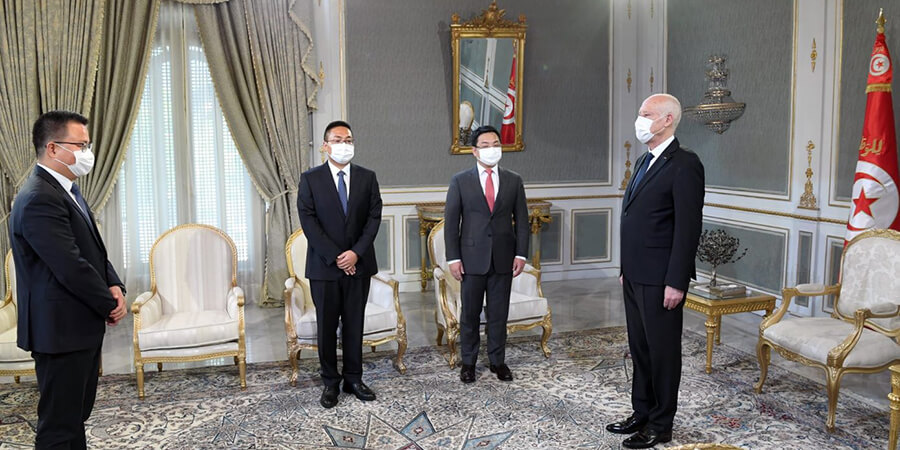 Tech giant Huawei will build a research, development, and innovation center in Tunisia, announced President of Huawei North Africa Terry He during a meeting with President Kais Saied.  According to Terry, Tunisia meets all the criteria to become a technology hub in Africa.

Received by President Kais at Carthage Palace, Terry affirmed the company’s commitment to continue supporting Tunisia, particularly in the implementation of the medical city in Kairouan as well as the creation of jobs and skills training.

The Chinese multinational telecom provider is also willing to expand partnerships with universities and educational institutions and equip them with computer labs, Terry added.

For his part, the President of the Republic welcomed the opportunities for partnership between Tunisia and China, stressing his commitment to strengthening this partnership, particularly in the sectors of education, teaching, transport, and health.