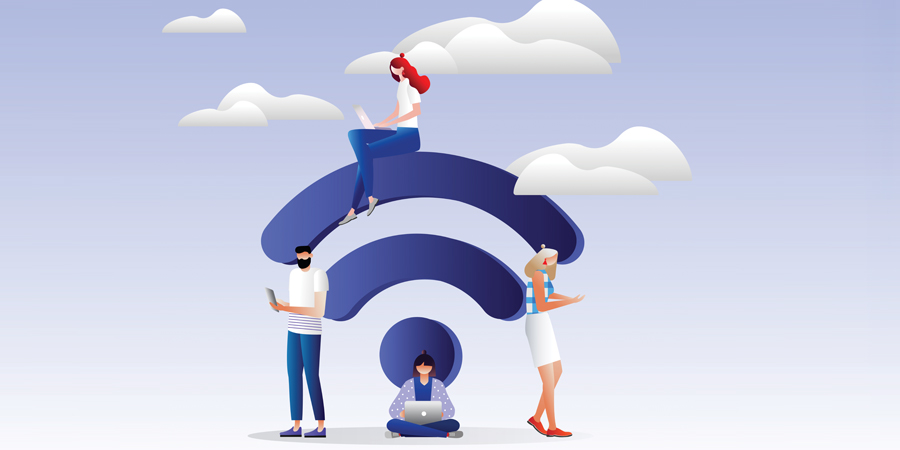 Half the world’s population does not have access to the internet, leaving roughly 4 billion people excluded from the socio-economic benefits of connectivity. 600 million cannot connect simply because they live in largely rural areas without access to mobile broadband coverage. The consequences of the digital divide have been starkly revealed by the COVID-19 pandemic, as those without broadband have been unable to work from home, attend school lessons or access healthcare services.

In order to bring connectivity access to this share of people, mobile network operators, internet service providers, and government regulators must include innovative satellite solutions as part of their strategy for the rest of the world to gain access.

Unlike traditional antennas that could transmit and receive only on fixed radiation patterns, beamforming antennas dynamically shape their main and null beam directions according to the location of their connected users. Thus, these future-enabling antennas are often referred to as “beamformers.” Beamforming antennas are unique in their ability to effectively reduce interference, improve the signal-to-interference-and-noise ratio (SINR) and deliver a significantly better end user experience. With the ITU-WRC adoption of new sub 6 GHz and mmWave frequency bands, and the trend toward extreme spectral efficiencies used in 5G NR, beamformers are becoming an essential weapon in the mobile operator’s arsenal.

Dr. Mohamed Nadder Hamdy, in “Beamformers Explained”, he clarifies that beamforming antennas are an essential tool for mobile operators as they build out their networks for capacity and 5G NR. For radio planners tasked with developing 5G and capacity build-out strategies, it is critical to have a full understanding of beamforming antenna capabilities, including the variations and appropriate use cases for each type. Without this understanding, planners risk over – or underengineering parts of their networks, resulting in unnecessary costs, insufficient performance, or both.

Beamforming is a technique that focuses a wireless signal towards a specific receiving device, rather than having the signal spread in all directions from a broadcast antenna, as it normally would. The resulting more direct connection is faster and more reliable than it would be without beamforming. It uses the science of electromagnetic interference to make Wi-Fi and 5G connections more precise.

The general concept was first employed in 1906 for trans-oceanic radio communications. Then in the 1940s it was developed to improve sonar during World War II and is still important to audio engineering. However, it’s not until recent years that beamforming technologies have introduced incremental improvements in Wi-Fi networking. Today, beamforming is crucial to the 5G networks that are just beginning to roll out.

Beamformers offer various configurations and capabilities; each is best suited for a certain environment.

One particular philosophy should further be elaborated: beamforming types:

The signal is pre-coded (amplitude and phase modifications) in baseband processing before RF transmission. Multiple beams (one per each user) can be formed simultaneously from the same set of antenna elements. In the context of LTE/5G, MU-MIMO equals to digital beamforming. Multiple TRX chains, one per each simultaneous MU-MIMO user, are needed in the base station. Digital beamforming (MU-MIMO) is used in LTE Advanced Pro (transmission modes 7, 8, and 9) and in 5G NR. Digital beamforming improves the cell capacity as the same PRBs (frequency/time resources) can be used to transmit data simultaneously for multiple users.

The signal phases of individual antenna signals are adjusted in RF domain. Analog beamforming impacts the radiation pattern and gain of the antenna array, thus improves coverage. Unlike in digital beamforming, only one beam per set of antenna elements can be formed. The antenna gain boost provided by the analog beamforming overcomes partly the impact of high pathloss in mmWave. Therefore analog beamforming is considered mandatory for the mmWave frequency range 5G NR.

By focusing a signal in a specific direction, beamforming allows to deliver higher signal quality to the receiver — which in practice means faster information transfer and fewer errors — without needing to boost broadcast power. As an added benefit, because the signal isn’t broadcasted in directions where it's not needed, beamforming can reduce interference experienced by people trying to pick up other signals.

To understand the operational aspects of beamformers, let’s give a functional description. The 5G NR specifications include new physical (PHY) and medium access control (MAC) layer procedures to support directional communications. Using 3GPP terminology, these procedures are referred to as beam management; they include four distinct operations:

Nevertheless, some people tend to confuse beamforming with Massive MIMO. While beamforming is the ability to adapt the radiation pattern of the antenna array to a particular scenario – In the cellular communications space, many people think of beamforming as steering a lobe of power in a particular direction toward a user - , Massive MIMO can be considered as a form of beamforming in the more general sense of the term, but is quite removed from the traditional form. “Massive” simply refers to the large number of antennas in the base station antenna array and “MIMO” refers to the fact that multiple spatially separated users are catered for by the antenna array in the same time and frequency resource.