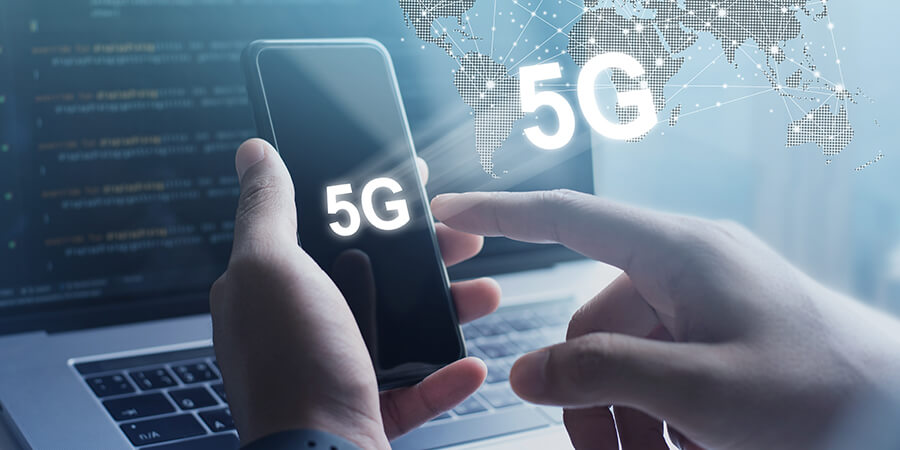 Flagship phones of major brands like Huawei, Apple, and Samsung have already started to support 5G. If you are still hung up with a 4G LTE-supported device, you must be wondering if it’s actually worth it to upgrade now.

Considering that consumers change phones after two to three years, an Ookla speed test analysis gave a great overview in terms of 5G phone speeds in both Android and Apple devices. Bear in mind that carriers and location are major influencing factors in getting the desired performance.

It's exciting to think about all possibilities of 5G such as faster connections, accessibility for a wide range of devices, and a better future for video calls, cloud communications, and other emerging applications within the 4IR era. One of the remaining hurdles is availability. With 5G still only available in selected markets with coverage maps yet to be fulfilled, 2022 will probably be the year when most people actually start to feel a 5G speed boost with new spectrum allocations and regulations in play.

How much speed do we need?

Almost any internet speed is fine for receiving a text-only email, but depending on what kind of streaming or other activities you might do, the internet speed needed would change. For example, you may need only 1 Mbps to listen to a Spotify song, and in general, at least 3 Mbps to stream most videos in standard definition. However, you need around 25 Mbps to watch a 4K Netflix movie in HDR at its highest quality as well as have a consistent gaming experience with 20-100 milliseconds ping time.

Likewise, if you frequently download and upload large files and participate in video meetings, a minimum of 25 Mbps download speed is also recommended. Hence, a 25 Mbps plan can be referred to as the goldilocks of internet plans as it is neither too fast nor too slow.

On the other hand, the potential speeds promised by 5G are an incredible jump forward, with download speeds ranging from 150 Mbps to more than 1 Gbps. That's an enormous improvement over 4G’s 30-60 Mbps.

As per Ookla, even the fastest device can only perform at the level of the network it’s on, resulting in a wide variation from country to country according to gathered data.

In the Middle East (and globally), Etisalat was recognized as the fastest mobile network for the second consecutive year. Unsurprisingly, during Q3 2021, UAE recorded a 485.59 Mbps download speed on iPhone 13 which was faster than any phone in the particular countries analyzed. Moreover, Samsung’s latest series in 2021 had the fastest speeds on Android 5G devices, ranging between 164.06 Mbps and 285.39 Mbps download speeds. In line with this, GCC 5G leader Saudi Arabia showed the second-fastest median download speed over iPhone 13 during Q3 2021. In Bahrain, iPhone and Android 5G-capable devices have almost the same download speeds of 102.93 and 114.06, accordingly.

Moving towards the Asia-Pacific region, in Australia, even the slowest 5G-capable device on the list was much faster than the fastest 4G LTE phone. There’s also a 110 Mbps difference between the 5G median download speeds among Apple and Android’s latest devices. Boasting the world’s largest 5G network, China’s Android device manufactured by Huawei outranks iPhone 13 at 280.22 Mbps download speed. Despite that, China was home to the largest performance increase (10x), when comparing the iPhone 11 to the iPhone 13 (26.84 Mbps vs 278.22 Mbps). While in Japan, iPhone 13 and Sony Xperia II showed a slight difference in 5G median download speed — 95.82 Mbps and 94.85 Mbps. Even the slowest 5G-capable device in Japan was 56% faster than the fastest 4G LTE devices. Lastly, in South Korea, 5G seems to be worth the upgrade for Android high-performing devices, comparing 221.18 Mbps in the fastest 5G to 60.41 in the fastest 4G. During Q3 2021 as well, South Korea’s iPhone 12 download speed beat iPhone 13 download speed in five countries: Canada, France, Japan, the UK, and the US.

From 43.09 Mbps to 67.09 Mbps, South Africa’s median download speeds on the most popular 5G devices were among the lowest in Ookla’s Q3 2021 data. iPhone 12’s 5G came close at 73.44 Mbps. South Africa’s telecom industry is gaining ground in the continent, as the land of opportunities catches up on the current digital transformation wave.

To cater to a highly-digital lifestyle that consumers have nowadays, upgrading to 5G could be reasonable in terms of speed and latency. Having said that, choosing the network provider and device as per location would still affect the overall 5G performance and experience.