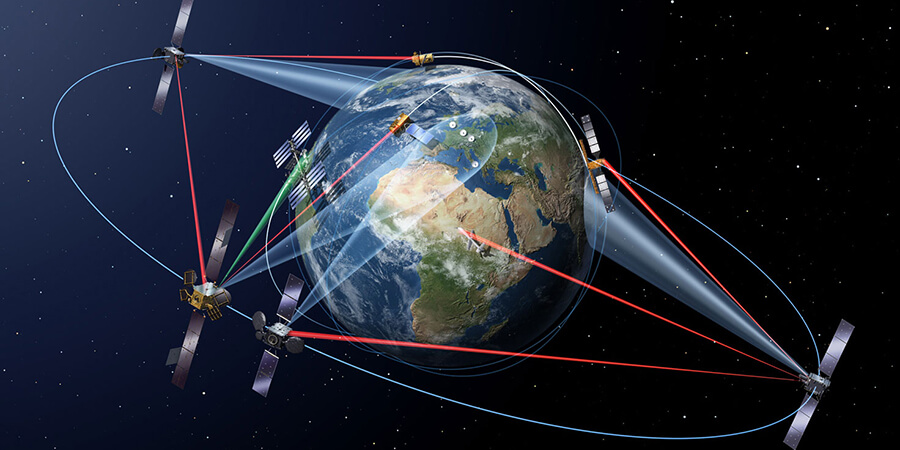 A satellite is any object that orbits something else, as, for example, the Earth orbits the sun. There are hundreds of satellites in operation, used for diverse purposes such as weather forecasting, television signal, amateur radio and internet communications, as well as the Global Positioning System. They are also used to look outward at the solar system for research and data gathering purposes. There are three types of communications satellite systems, categorized according to the type of orbit they follow: geostationary (GEO), medium Earth orbit (MEO) and low Earth orbit (LEO).

A satellite is a specialized wireless receiver/transmitter that is launched by a rocket and placed in orbit around the Earth. “Sputnik I” was the first manmade satellite launched by the Soviet Union in 1957. It was the size of a basketball and could transmit a simple Morse code signal over and over. By comparison, modern satellites can receive and retransmit thousands of signals simultaneously, from simple digital data to complex television programming.

Satellites are typically launched into orbit using a rocket, positioned at varying heights, and traveling different tracks around the Earth and at different speeds. Usually, these devices have an antenna that lets them send and receive data, and they have a power source, typically a battery or solar power panels. Also, they may have cameras, telescopes and sensors. In addition, the exact way a satellite works also depends on its purpose; one, for example,  may collect images and other data from the solar system and transmit it back to Earth. The distance a signal travels from Earth to the satellite and back results in what are known as satellite transmission delays. These transmission delays, also called propagation delays, are only a fraction of a second, but they can cause quality issues. However, advances in technology have reduced such delays.

The importance of a satellite

There are many important uses for satellites, including:

In recent years, many countries in Africa have awoken to the potential and usefulness of space technology. Nigeria and South Africa are leading the way. They have funded and overseen a number of launches.

Likewise, other African countries have recently begun space programs, such as Ghana launching its Space Science and Technology Center and Kenya starting its space program in 2012. Kenya’s geographic position on the equator makes it ideal to launch satellites into geostationary and other orbits.

There are always alternatives, and, in this case, ground-based communication networks are the answer; this means the use of terrestrial facilities, such as copper wire, fiber optic and coaxial cable. But, ground-level communication has many challenges, including geographical obstacles, political limitations and commercial viability. Terrestrial and satellite communications systems are often blended to build large-scale global communications networks. Furthermore, stratospheric drone technology has the potential to take over some functions of satellites. In addition, high-altitude, solar-powered drones are in development that are expected to fly at heights of at least 65,000 feet. Eventually, these aircraft will take on some of the monitoring and telecommunications tasks that satellites currently carry out.

Satellite communication has long helped industries accelerate business transformation, and new mobile applications are continuing to be built using satellite technology. Such innovation will continue to connect stakeholders with businesses into the future.