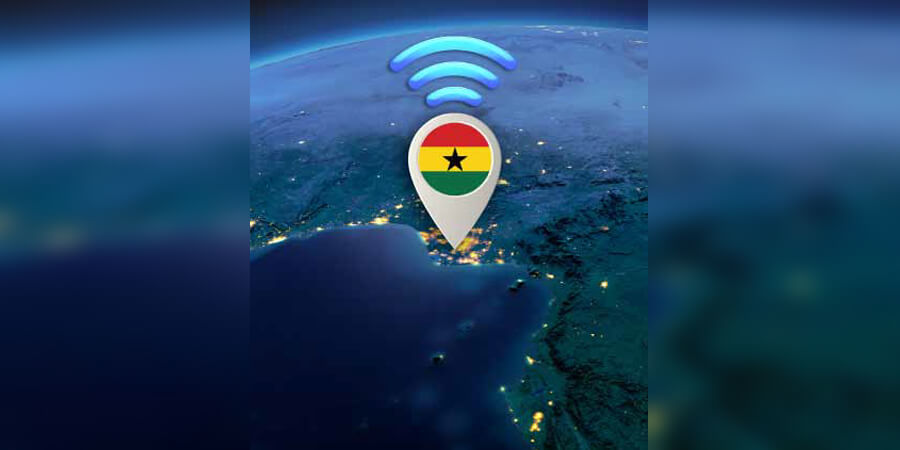 Known as one of the first countries in Africa to undergo liberalization processes and deregulate its telecommunications sector, Ghana has proven to be a leader in the African continent.  Following the privatization of Ghana Telecom in 1996, there was very rapid growth in market competition across the mobile, internet and fixed-line sectors, with a number of new players being licensed to offer services.

Ghana Telecom was acquired by the Vodafone Group in 2009 and rebranded as Vodafone Ghana. It is the principal fixed-line provider and also the second largest player in the mobile services sector. Mobile operators entered Ghana’s market which boasts six leading mobile operators: MTN, Airtel, Expresso, GIo Ghana, Tigo and Vodafone.

Competition between mobile operators boosted the telecommunications sector in the country and allowed it to offer new improved services to the consumers. Due to the growing demand for data, operators had to roll out large-scale investment programs in order to expand network capacity. In fact, thanks to the increased mobile data penetration rate, internet access grew exponentially, thus putting further pressure on the network’s infrastructure. In this context, infrastructure sharing appears to be a crucial element.

Infrastructure sharing is a priority for the African Union which emphasized on the importance for African governments to adopt this concept because it allows them to save billions of dollars and accelerate the provision of universal broadband access. According to the Electronic Communications Act 2008, which is the main legislative piece for the telecommunications sector in the country, covering the overall regulation of electronic communications services and networks, infrastructure sharing should be encouraged.

However, not all consumers in Ghana benefit from the advantages of infrastructure sharing. A gap still exists at the level of access to information technology products and services. In some areas, the quality of service is still poor and prices for some services are still too high for an average Ghanaian user.

On another note, value-added services have become increasingly accessible for low-income consumers thanks to the affordability of smartphones. In fact, a suspension of a 20% tax on imported smartphones contributed to the rise in the use of smartphones.

The telecom services revenue increase in Ghana is primarily driven by growth in mobile data revenue and it is estimated mobile voice will be the largest revenue-contributing segment by 2019. Mobile data will be the fastest growing segment in the telecom market and is estimated to grow between 2017-2021, primarily driven by operators' investments in 3G and 4G network coverage and attractive data bundles offered by telcos. Going forward, operators look to invest in 3G/4G network upgradation, extend coverage and fiber optic network deployments to improve and extend broadband connectivity in the country, which will provide significant opportunities for vendors and investors.

According to the National Communications Authority’s Quarterly Statistical Bulletin, mobile voice subscriptions increased at the end of the third quarter of 2017 by 2.78 % from 36.4 million in the second quarter of 2017 to 37.4 million.

A fiber corridor in Ghana called the Eastern corridor was established in 2015 to connect the north to the south. Plans are being set out to create a western corridor in order to fully benefit from the potential of the fiber network. These corridors will ensure broader coverage and incentivize operators to invest in areas that are not normally attractive or profitable.

In the same context, Google is investing in Ghana to help connect more people to fast and affordable broadband internet by building a metro-fiber network that connects local providers to long distance fiber lines. This project aims at allowing ISPs and MNOs to use fiber network to provide high quality WiFi to citizens, small businesses and mobile users at low prices through shared infrastructure.

Women play an essential role in Ghana’s telecommunications sector, especially that they assume high level positions at telecommunications and ICT companies. This importance was reflected by the appointment of the first female Communications Minister, Honorable Ursula Owusu-Ekuful.

Women are making enormous efforts to make access to both mobile and Internet, have pushed to close connectivity gaps in Africa and are changing the world through technology.

Over 500 participants gathered over two days for the Tech in Ghana Conference held at the Accra Digital Centre on 21st and 22nd November 2017.

Representatives from locally based tech giants including Uber, Google and Vodafone joined government officials and Ghanaian private sector leaders for a range of discussions focused on eGovernment, FinTech, smart communities, investment and media.

Organized by AB2020 and hosted by Ghana’s Ministry of Communications, the Tech in Ghana Conference aimed to showcase groundbreaking local innovations and provide a platform to highlight, discuss and stimulate the growth of Ghana’s digital development. . The two-day event showcased Ghana’s locally developed technology and innovations; strengthened relationships between the industry’s key players; and provided a platform for business sourcing, collaborations and investment.

The venue of the event reflects its true vision and goals. In fact, Accra Digital Center is a Technology Park designed to create a conducive ecosystem for digital innovation and entrepreneurship in Ghana. Located at the heart of Ghana’s capital city, ADC serves as business process outsourcing/information technology enabled service (BPO/ITES) center with a blend of infrastructure, support services and programs aimed at boosting employment and pushing forward the nation’s information and communication technology sector.

It is noteworthy that the first Tech in Ghana Conference was organized by AB2020 and held in London on 27th February 2017 in partnership with the UK Ghana Chamber of Commerce. The event was opened by the UK Prime Minister’s Trade Envoy to Ghana, Adam Afriyie (MP). Representatives from the Central Bank of Ghana, National Communications Authority (NCA), Vodafone Ghana, GIPC and other leading businesses were also in attendance.

The third Tech in Ghana Conference is to be held in London in March 2018.