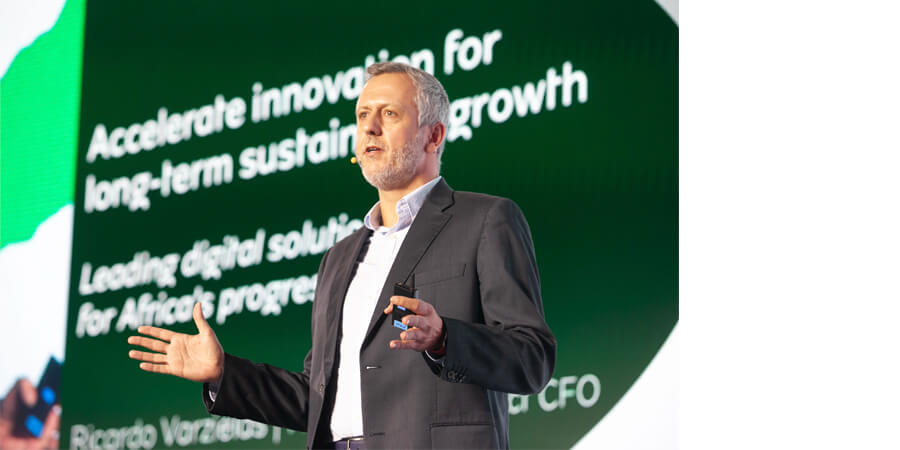 At Huawei UBBF 2021, Dubai, Ricardo Varzielas, CFO of MTN GlobalConnect, shares how to enhance connectivity among data centers, to ensure networks are ready to deliver the customer experience that 5G promises and promote the digital economy in Africa.

MTN group is currently the leading telecom operator in Africa and has around 600 million people under its network coverage. It has 277 million clients, around 117 million of which are active data users and approximately 49 million are mobile money users.

Africa has a huge demographic opportunity over the next 30 years. According to MTN CFO Ricardo Varzielas, the world has a PIN-code, which is currently 1114—there is approximately 1 billion people in Europe, 1 billion in the Americas, 1 billion in Africa, and 4 billion in Asia. Now this PIN-code starts to change. By 2050, the next 30 years, the PIN-code of the world is going to become 1125. This means that Africa's population will double. "This is a huge continent where the population is not only going to double, but it's also the youngest population in the world. This young population is now coming online for the first time in a mobile experience. So their first internet experience is being done through mobile."

There are also some challenges behind the growth opportunities. For example, the African continent has the lowest fixed broadband penetration in the world, and data centers are highly concentrated. As such, there is a need to change the connectivity of the continent.

Ricardo Varzilas stated that MTN has built Africa's largest pan-African fiber optic network and will build the world's largest submarine cable. This would allow the cable to connect the Middle East with India. By the time it's live, it will serve over 3 billion people.

As many landlocked countries in Africa do not have access to submarine cables, MTN will continue to build terrestrial cables to provide wider connectivity to Africa. “What we're gonna do is we're gonna grab the existing fiber networks. We're gonna put them in the independent FiberCo. And then we're gonna patch all these networks together so that we can cross the continent and provide low latency and connectivity to landlocked countries.” MTN has put a lot of efforts into this. “Now we are already in discussions and we're looking to partner with the governments, with development financing institutions to ensure we have the right partnership models, whether they're public private partnerships, as much as we can use already existing fiber,” he added.

In Africa, a lot of dark fibers are not fully utilized, MTN wants to make full use of them and bring them into a seamless network. The .NET MPLS network has already been operating as a zero touch network in MTN GlobalConnect. Varzielas stressed that “We want to make sure that once we build and connect all of these different fiber networks that we also operate the zero touch network, where we can move the activation of links from weeks to hours."

The 5G era has arrived, and Africa is no exception. High-quality connections between clouds and networks are the foundation of 5G services. "MTN have several data center facilities spread across the network. It's going to help us improve the quality of service and latency. This is becoming very important as we start rolling out 5G on the continent. And the edge computing becomes a hot topic. We need to make sure our networks are ready to deliver on the customer experience that 5G promises, " Varzielas said. This network is going to address MTN's own internal requirements for mobile data or emerging digital platforms like Fintech and music streaming, video streaming. But also new partnership models with different cloud service providers can also enable MTN to maximize the traffic on the fiber networks by bringing in the connectivity to the data centers and to the metro rings.